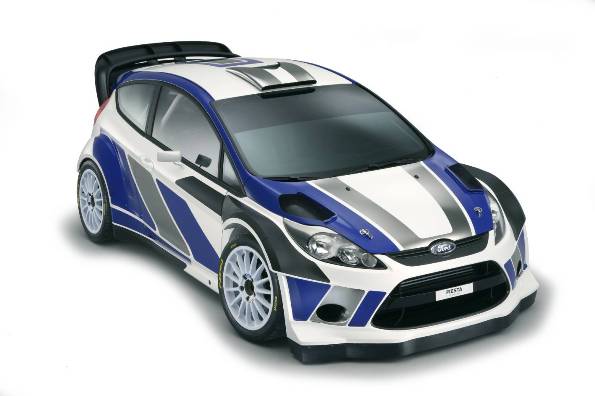 The Finns, accompanied by respective co-drivers Jarmo Lehtinen and Miikka Anttila, took the wheel of the Ford challenger for the 2011 world championship on gravel roads in Spain and France. The seven-day test marked a significant step forward in the car’s development ahead of its debut in the opening round of the series in Sweden next February.

Hirvonen and Latvala will drive Fiesta RS WRCs in all 13 rounds next season and both were delighted after their debut test.

“I had looked forward so much to driving the Fiesta RS WRC and I was very satisfied with it,” enthused Hirvonen. “It was just as much fun as I hoped and I’m genuinely excited about what we can achieve with it. Of course, there is still a lot of development to do but my first impressions are very good. It has its own unique feel and it’s like driving an angry bee!

“The biggest difference between the Fiesta RS WRC and the outgoing Focus RS WRC is the engine. There is less torque from the 1.6 litre engine in the Fiesta than we have from the 2.0-litre unit in the Focus, and it requires a different driving style as a result. The engine needs to be kept at high revs.

“A slightly more aggressive approach is needed, especially in slower corners, where the driver needs to take command and attack harder, rather than letting the car do the work,” added Hirvonen.

Latvala tested on what he described as the ‘roughest rally road on which I’ve ever driven’.

“The road is usually used for testing cars of the type that compete in the Dakar Rally and it was full of big rocks, holes and bumps. It asked a lot of the car, but I pushed hard because the team wanted to see how the Fiesta behaved in those conditions,” he said.

“I was impressed and I was pleased at how quickly I found a good feeling at the wheel. The balance felt very good and the engine was better than I expected,” explained 25-year-old Latvala.

The car, derived from the best-selling Fiesta road car, is being developed by Ford of Europe and British-based rally partner M-Sport.

The Fiesta RS WRC that tested last week was powered by an engine close to the specification in which the car will compete next year. Specialist engineers from Ford and M-Sport have co-operated closely in the development of the direct injection 1.6-litre turbocharged unit, based on the new Ford EcoBoost road vehicle power plant. Highly-respected French tuner Pipo Moteur has brought additional expertise.

In a parallel test near M-Sport’s base at Dovenby Hall, in north-west England, the definitive 2011-specification engine was also run. This unit is scheduled to power the Fiesta RS WRC when the test programme continues with a three-day session on asphalt in Spain, following Rally de España.

The Fiesta RS WRC had already successfully completed more than 2500km of durability work, mainly in the hands of P-G Andersson and Matthew Wilson. It was initially powered by a two-litre turbocharged engine before a prototype 1.6-litre unit was used more recently.

Recent testing concentrated on specific set-up and M-Sport managing director and BP Ford Abu Dhabi World Rally Team director Malcolm Wilson was delighted with both the performance of the Fiesta RS WRC and his drivers’ enthusiasm for the new car.

“The testing we have done until now was based on durability and obtaining feedback,” said Wilson. “That raised no major issues and meant we could progress the programme this week by moving onto specific set-up for the car. Mikko and Jari-Matti have valuable experience of the rallies in the WRC calendar, and possess the detailed knowledge to provide a base specification from which to fine-tune the set-up from rally to rally.

“The weather in Spain ranged from high temperatures at the start of the week to heavy rain and mud as the test progressed. It wasn’t pleasant for the team, but it was perfect for putting the car through its paces in the type of varied conditions we will encounter in the championship next year,” added Wilson.

Ford of Europe motorsport chief Gerard Quinn is equally enthusiastic with the drivers’ initial impressions. “It was an important week in the development of the Fiesta RS WRC. We are very pleased to receive such a positive reaction from Mikko and Jari-Matti’s first drive in the car. We can move forward confidently to the next stage of testing, encouraged that the hard work put into the design and development has been so well received,” he said.

The Fiesta RS WRC made its first public appearance at Paris Motor Show last month. The preview model was finished in a striking blue and grey livery, specially developed for the show by Ford of Europe’s design team. Ford and M-Sport continue to work on details of the car’s styling, to ensure that the rally car shares the eye-catching appearance and ‘kinetic design’ characteristics of Ford’s latest road vehicles.