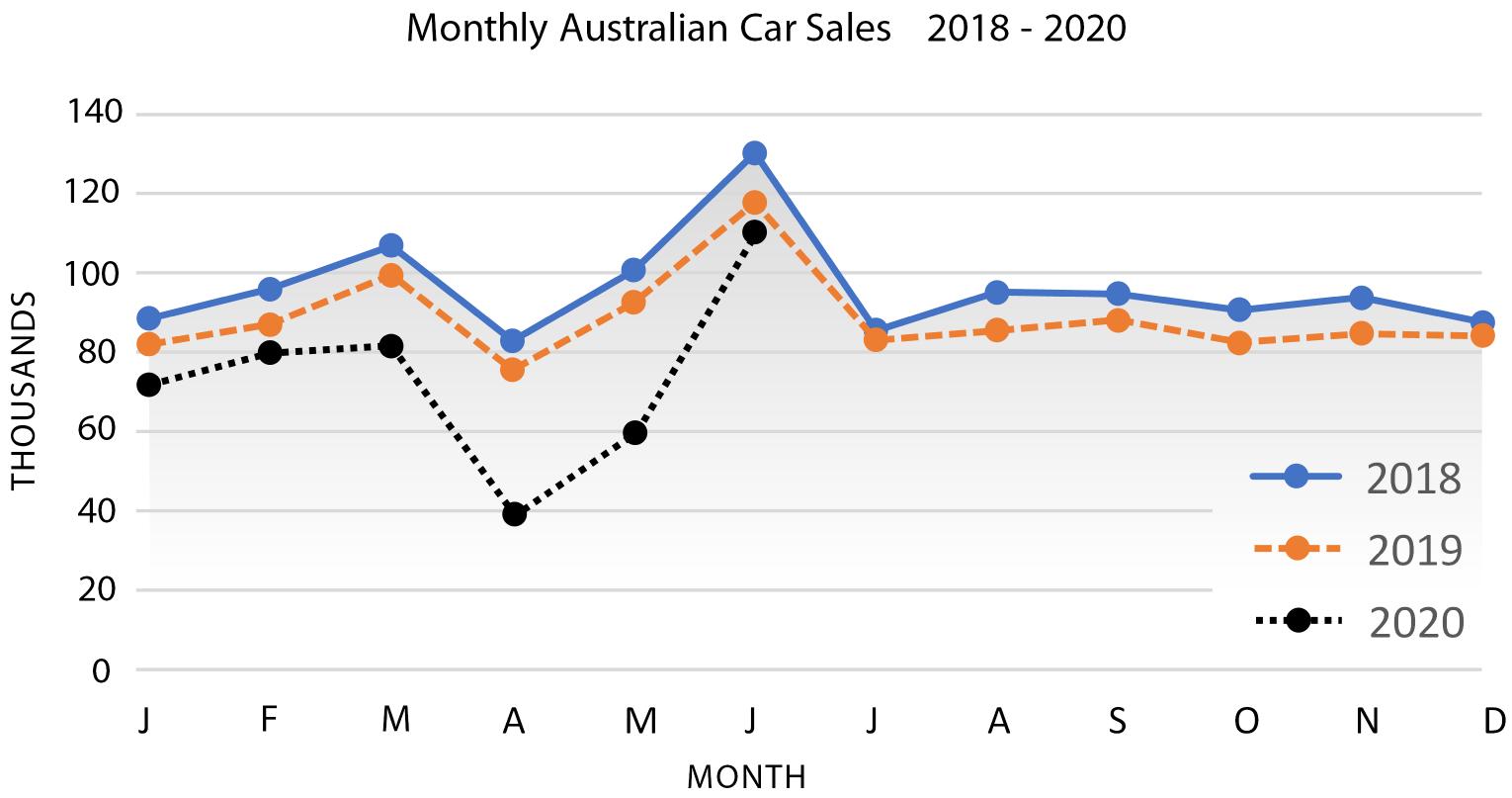 Car sales have been in an express elevator going down pretty much all year. How was June?

In June there was a total of 110,234 vehicles sold during the month.  While this is still less than June last year it also is the best result since this Covid stuff started.

While sales are still down, business purchases in June were up a bit over 6%. Gotta love tax concessions.

Toyota keeps its market dominance with more than twice the number of cars sold than number two Mazda.

4wd and Commercial vehicles remain strong, with four of the top five selling vehicles out of HiLux, Ranger, Corolla LandCruiser and Triton.

Light Commercial vehicles are also strong with just over 8% increase on last June.

Passenger cars continue to nosedive and despite a massive push from manufacturers, sales of electric vehicles still fail to ignite consumer excitement.

Australia has now had 27 months of consecutive sales decline. There are still dark days ahead.

About Rob Fraser 1506 Articles
Rob Fraser – General dogsbody & Director Rob is the founder of the business. He constantly mutters something about way too many red wines one evening being to blame. Often known for taking the 4WD in the driveway over the sports car, he has travelled pretty much everywhere in Australia and when he is bored goes for a drive. He first learned to drive on the farm in a left hand drive WW11 Jeep when he was 11, and was hooked on 4WDriving way back then. In addition to 4WD he is an avid motoring enthusiast and has maintained a strong interest in the industry ever since his teens. He has owned way too many cars in his time as well. Having previously lived at the top of corporate life he retired in 2000 and hasn’t put a suit and tie on since. Cars are his passion so why not have a business doing what you love he figures. He has towed either a caravan or camper trailer to most parts of Australia, has run guided tours for camper trailers’ and instructed drivers in off road towing.
Website

Some winners in Car Sales figures

March 10, 2020 David Brown Reviews Comments Off on Some winners in Car Sales figures

There is bad news and some good news from the first month car sales figures in 2020.  David Brown notes that finally Audi have something to crow about. [Read More]

Has the Coronavirus had an impact on car sales [Read More]