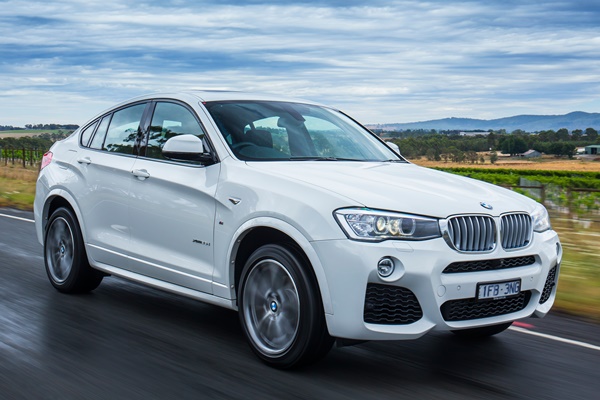 The booming mid-size premium AWD SUV segment is full of a diverse array of offerings from almost all manufacturers and honing that selection down to just a few that suit your needs is a difficult task. Launched in January 2016 the BMW X4 xDrive35d crosses over prestige and sport AWD SUV. BMW likes to be different and labels the X4 the first ever Sports Activity Coupé (SAC). Got to love the marketing people.

With signature BMW X features, unmistakable coupe character, a distinctive design and excellent dynamic ability, the BMW X4 xDrive35d introduces the powerful and economical diesel engine that generates 230kW of power and 630Nm of torque and is set to build on the success of the X6 by offering a unique vehicle in this segment.

The new BMW X4 xDrive35d is based on the technical blueprint of the BMW X3, but displays a coupe style, sporting character and a generous level of standard specifications – very much its own.

Externally the new X4 styling is quite beautiful. The distinctive front face guarantees it is immediately recognisable as a member of the BMW X family. In profile, the low coupé-style roofline extending into the rear is a distinctive feature which also clearly sets the BMW X4 apart. 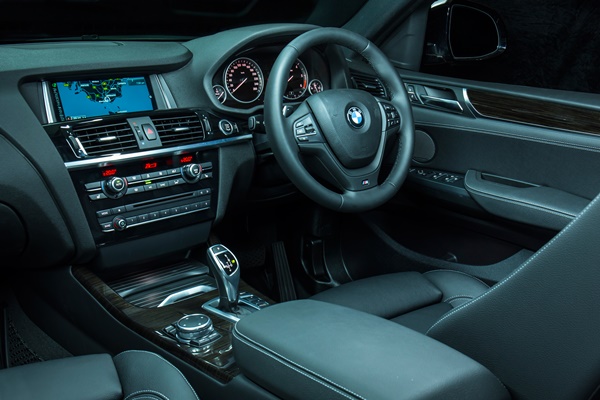 Internally the X4 is definitely aimed at the front occupants. A typical BMW cockpit faces the driver, where every control element is angled towards the driver for optimal ergonomics. Both front seats are exceptionally comfortable for long trips. Despite its coupé-style roofline the front seats are only marginally lower than the X3 so the occupants still get that elevated driving position and feel.

The rear seat bench has two elegant coupé-style individual seats and although it will fit 3 at a squeeze it is better suited to two occupants. There is adequate headroom, shoulder, knee and leg room. Bear in mind that the X4 really is better suited to a couple rather than a family.

The BMW X4xDrive35d comes equipped with 40:20:40 split fold rear seats which allows for a flexible luggage compartment capacity of between 500 and 1,400 litres. A storage compartment package with a range of handy storage and luggage carrying features is also standard.

The heart of the X4xDrive35d is a 3.0 litre, six cylinder engine, with BMW TwinPower Turbo technology, adding significant output over the xDrive30d it replaces within the brand’s model line-up, while retaining its miserly levels of fuel economy. 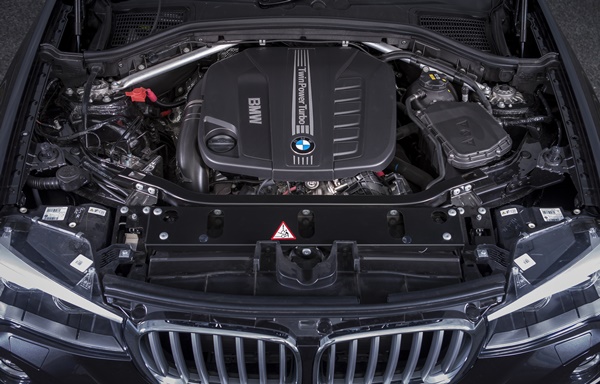 Generating 230 kW and 630 Nm of torque, increases of 40 kW and 70 Nm respectively over the outgoing xDrive30d, the BMW X4 xDrive35d charges from 0-100k m/h in 5.2 seconds, while fuel consumption measures at 6.0 L/100K. That is outstanding performance and economy. BMW X4xDrive35d is fitted with an eight-speed sports automatic transmission – and also include gear shift paddles on the steering wheel.  With these figures it was a contender for the Sports SUV award as well.

Let’s pause for a moment and deliberate on the engine figures. That is 230Kw of power and an enormous 630Nm of torque. The combination of those figures, transmittied through the sports 8 speed automatic transmission and driving through the awesome xDrive means that the X4 has levels of ride handling, performance and economy that is rivalled by few other vehicles. In short it is awesome to drive. The peak torque coming in at a lazy 1500 rpm means amazing tractability with an abundance of acceleration on tap at any stage.

The sports characteristics of the X4xDrive35d are far in excess of what 99.99% of drivers will ever utilise. It gives the driver a level of feel and control that probably most buyers wouldn’t have experienced before.

Standard features that highlight the dynamic credentials of the BMW X4 include Performance Control and variable sports steering, both of which combine to enable a higher level of dynamic cornering and handling with maximum grip, excellent directional stability and a very high degree of steering precision as well as comfort when parking.

Sharing the same extensive list of standard equipment as the xDrive35i, the xDrive35d is equipped with an eight-speed sport automatic transmission with Steptronic, Dynamic Damper Control, 20-inch M light alloy wheels and a full suite of driver assistance features.

All new BMW X4 models’ maintenance requirements are controlled by BMW’s Condition Based Service (CBS) program which identifies the condition of a vehicle based on actual use, realising the full potential of a vehicle and minimising costs. 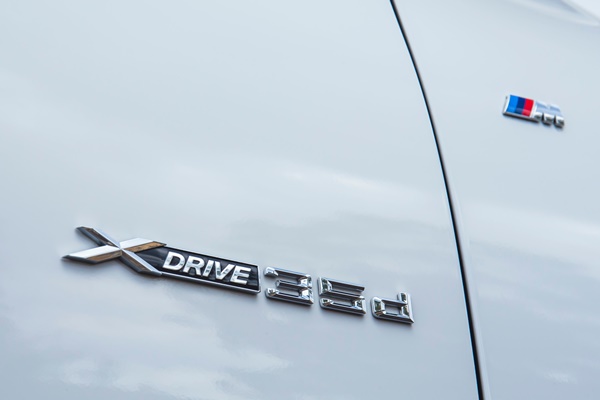 Remember that while the X4 xDrive 35d is technically an AWD SUV, it definitely isn’t designed for virtually any sort of off road driving. That is probably why the award will promote a lot of argument amongst readers I am guessing.  It is ideally suited to trips to the snow with icy roads, trips to the holiday house or farm and it does allow the driver to tow up to 200kg braked though and that is in keeping with its sporting activity nature. The engine won’t even feel 2000kg on the back by the way. 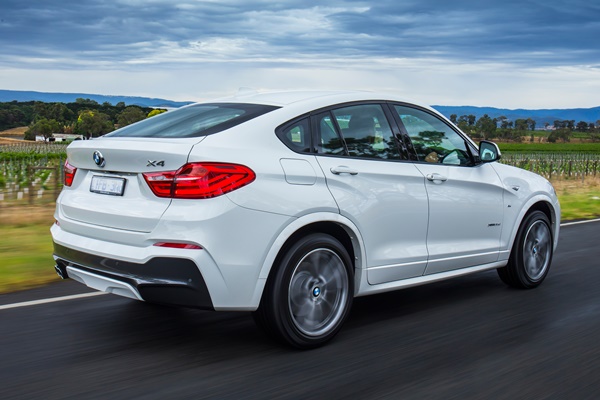 The All-new Hyundai Tucson SUV launches today ahead of its 1 August on-sale date, bringing class-leading dynamics, design, refinement and value to the Australian medium SUV segment. Revamped from the ground up, and priced from a highly competitive $27,990 MLP, the All-new Tucson is the global successor to the highly popular ix35. [Read More]

The jeep Wrangler has been a favourite here for quite some time, one of those vehicles that exude a degree of “çool” as well as practical off road ability. So when the opportunity came along to test the Limited Edition X version, named after the X Games extreme sport athletes, we jumped at the chance. [Read More]