Bentley’s Blower Continuation Series Birkin project has this week reached an important milestone, with the completion of the digital CAD (Computer Aided Design) model that will serve as the master design and engineering reference for the new cars.

Bentley’s Blower Continuation Series project has this week reached an important milestone, with the completion of the digital CAD (Computer Aided Design) model that will serve as the master design and engineering reference for the new cars.

Announced last year, the Blower Continuation Series is a run of twelve new Bentley Blowers, each of which will be an exact mechanical copy of the 1929 Team Blower built and raced by Sir Tim Birkin, and now likely the most valuable Bentley in the world. The Continuation cars are being produced by a dedicated team in Bentley Mulliner’s Classic division, who cut their teeth on the recently restored 1939 Bentley Corniche and who are now working with a team of vintage specialists to re-engineer and build the suite of parts needed to bring the new series of cars to life. 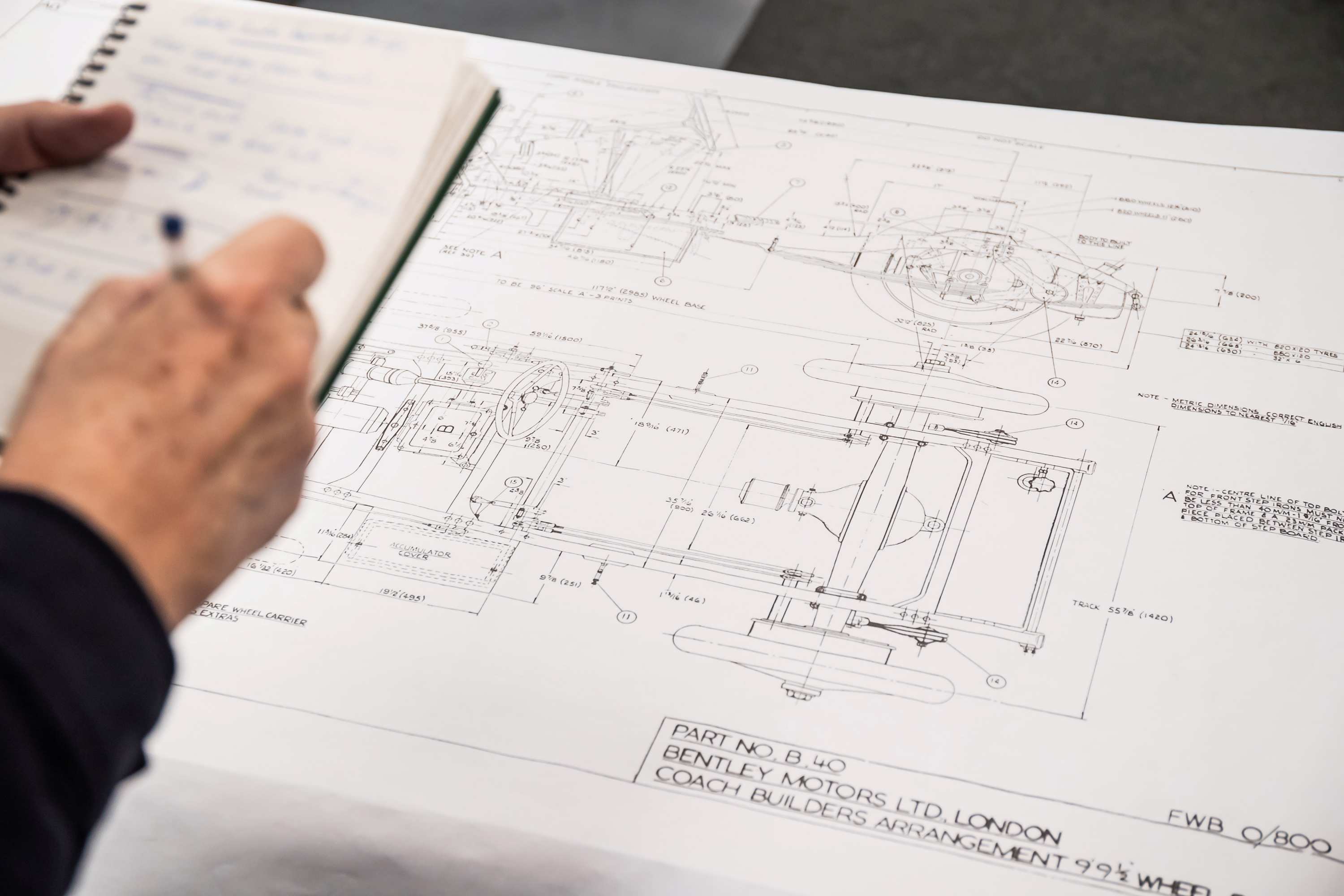 All twelve of the new cars are already sold to keen collectors around the world, and the first stages of build for the Bentley’s own engineering prototype – Car Zero – will begin in earnest soon.

Bentley’s Team Blower has been carefully dismantled and then re-created in the digital world through a combination of precision laser-scanning and intricate hand measurement. The finished CAD model is comprised of 630 components across 70 assemblies, and is more than 2GB in size.

From start to finish it’s taken 1200 man-hours for two dedicated CAD engineers to complete the model from the scan data and measurements, and the result is that an accurate and complete digital model for a 1920s Bentley now exists for the very first time. The engineers have been able to complete the model while working remotely during the COVID-19 crisis.

Apart from the process of assisting the development of parts design and development, the CAD model has also been able to assist with the specification of individual customers’ cars, with Bentley’s Design team able to create accurate full-colour renders from the data. While the Continuation Series cars will be mechanically identical to the Team Blower, customers are now in the process of choosing their own exterior and interior colours palettes and materials so that the cars are visually distinctive from their predecessor.

Only four original ‘Team Blowers’ were built for racing by Birkin, in the late 1920s. All were campaigned on the racetracks of Europe, with the most famous car – Birkin’s own Team Car No. 2, registration UU 5872 – racing at Le Mans and playing a pivotal role in the factory Bentley Speed Six victory in 1930. It is this car, now Bentley’s own Team Blower – chassis number HB 3403 – that is the master example for the Continuation Series. Using the original 1920s moulds and tooling jigs, and an array of traditional hand tools alongside the latest manufacturing technology, 12 sets of parts are being created, before Bentley Mulliner’s skilled heritage technicians assemble the new Blowers.

Bentley’s original Team Car will then be reassembled, with the heritage team taking the opportunity to complete a detailed inspection with a sympathetic and conservative mechanical restoration where required to return the car to its original 1929 specification. The 90-year old car is still used regularly on the road, including completion of the 2019 Mille Miglia, hill runs at the Goodwood Festival of Speed and a recent tour up the California coastline including a parade at Laguna Seca and culminating in the 2019 Pebble Beach Concours d’Elegance, where the car appeared with two of the other three Team Blowers.

As continuations of the original Team Blower, each of the new Continuation Series cars will feature four-cylinder, 16-valve engines with an aluminium crankcase with cast iron cylinder liners and non-detachable cast-iron cylinder head. The supercharger will be an exact replica of the Amherst Villiers Mk IV roots-type supercharger, helping the 4398 cc engine to develop 240 bhp @ 4,200 rpm. The car’s structure will be a pressed steel frame, with half-elliptic leaf spring suspension with copies of Bentley & Draper dampers. Recreations of Bentley-Perrot 40 cm (17.75”) mechanical drum brakes and worm and sector steering complete the chassis. 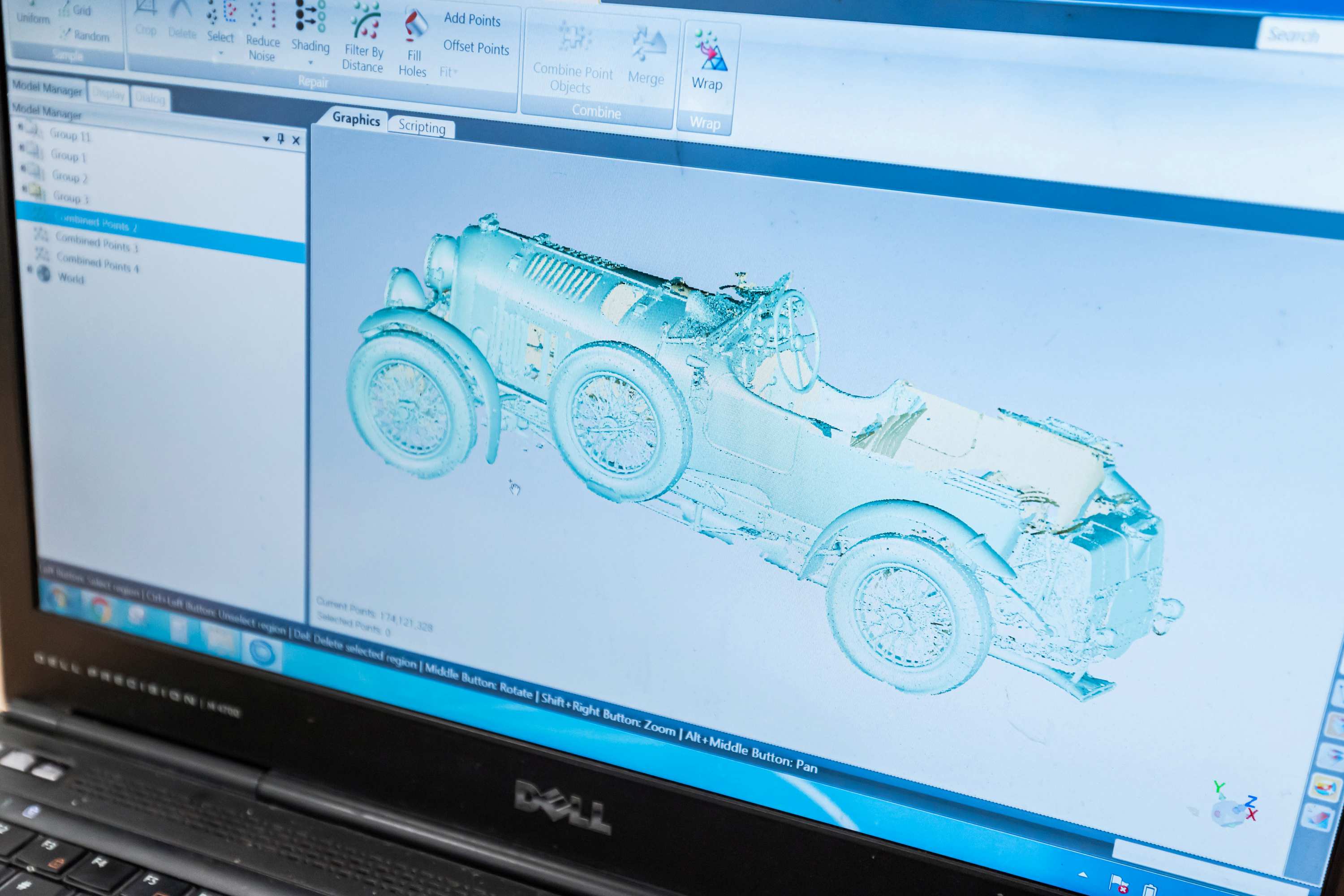 The Mulliner name has been intertwined with coachbuilding since 1760, when Francis Mulliner was commissioned to build carriages for the Royal Mail. In 1870, his grandson Robert formed Mulliner London Limited, and business blossomed with the advance of mechanically powered coaches. By the early 1900s they had opened a showroom in London’s prestigious Mayfair.

The 1923 Olympia Show in London saw the first collaboration between Robert’s son H.J. Mulliner and Bentley – a bespoke 3½-litre. Mulliner went on to create many more Bentley bodies in the decades that followed, and the link between the two companies was formalised in 1959, with Mulliner becoming an official part of Bentley.

Today, the Bentley Mulliner workshop is based at the Bentley factory in Crewe, and runs a three-portfolio offering:

About Rob Fraser 1471 Articles
Rob Fraser – General dogsbody & Director Rob is the founder of the business. He constantly mutters something about way too many red wines one evening being to blame. Often known for taking the 4WD in the driveway over the sports car, he has travelled pretty much everywhere in Australia and when he is bored goes for a drive. He first learned to drive on the farm in a left hand drive WW11 Jeep when he was 11, and was hooked on 4WDriving way back then. In addition to 4WD he is an avid motoring enthusiast and has maintained a strong interest in the industry ever since his teens. He has owned way too many cars in his time as well. Having previously lived at the top of corporate life he retired in 2000 and hasn’t put a suit and tie on since. Cars are his passion so why not have a business doing what you love he figures. He has towed either a caravan or camper trailer to most parts of Australia, has run guided tours for camper trailers’ and instructed drivers in off road towing.
Website

Bentley and Tina Guo – The Sound Of Electric

Bentley’s Continental GT showcases finest materials from around the world, in the authentic use of materials, from the highest-quality natural leathers, to rare, sustainable sourced veneers. [Read More]