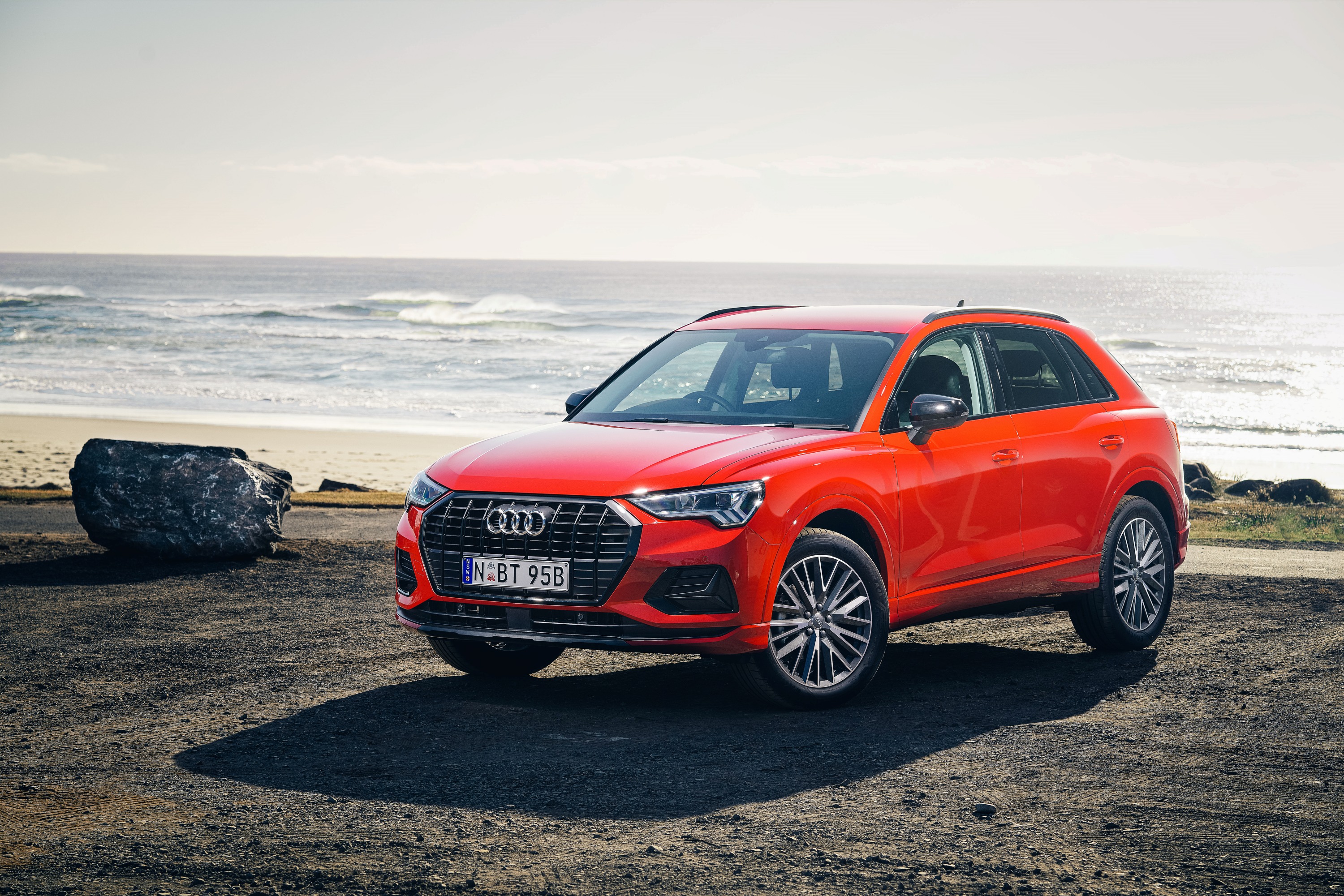 The first generation Audi Q3 was launched 7 years ago and proved a successful model for the brand. They have just released the all new second generation model into what has become a very competitive segment of smaller SUVs. Rob Fraser went along to the launch.

Seven years is a long time. In the case of Q3 the market has moved a long way and it needed to be at the forefront of development to keep up with others.

The new model initially comes in two variants, the entry level 35 TFSI for around $46,000 and the launch edition with a host of limited edition extras for just under $53,000 both plus the usual costs.

Like a lot of new cars the second generation Q3 is a little longer and wider with more luggage and passenger room. It also comes with the latest in Audi connectivity and technology and a number of option packs.

Launched as a front wheel drive only the 1.4-litre turbocharged petrol engine produces 110kW and 250Nm and has a 6 speed DSG Sport tronic which provides reasonable performance and excellent economy. More powerful engines and a Quattro version are coming in 2020.

About Rob Fraser 1746 Articles
Rob Fraser – General dogsbody & Director Rob is the founder of the business. He constantly mutters something about way too many red wines one evening being to blame. Often known for taking the 4WD in the driveway over the sports car, he has travelled pretty much everywhere in Australia and when he is bored goes for a drive. He first learned to drive on the farm in a left hand drive WW11 Jeep when he was 11, and was hooked on 4WDriving way back then. In addition to 4WD he is an avid motoring enthusiast and has maintained a strong interest in the industry ever since his teens. He has owned way too many cars in his time as well. Having previously lived at the top of corporate life he retired in 2000 and hasn’t put a suit and tie on since. Cars are his passion so why not have a business doing what you love he figures. He has towed either a caravan or camper trailer to most parts of Australia, has run guided tours for camper trailers’ and instructed drivers in off road towing.
Website

Overall the 2014 Kia Sportage SI Premium 2WD was sporty off the mark, drove well, was pretty quiet and stopped great. It was smooth to drive, was good on fuel, had a heap of features that appeal to my age group and most importantly fitted my friends and their gear in for a weekend away. [Read More]

The Audi Q3 has just been launched in Australia. The Audi Q3 is immediately recognisable as the newest member of the successful Audi ‘Q family’. The Audi Q3 will officially go on-sale nationally on 31 March 2012. [Read More]

Toyota has shown the all new Toyota Fortuna at the Global Launch in Sydney. Based on the Toyota Hilux, the Fortuna is the wagon version that has the same underpinnings, transmission, engine, driveline, four wheel drive and front end. However it will ride on five link coil rear suspension and has seven seats [Read More]