Geneva International Motor Show is now in its 9oth year and continues the tradition of the worlds manufacturers debuting their latest innovative automotive models. It runs from March 5- 15 2020. 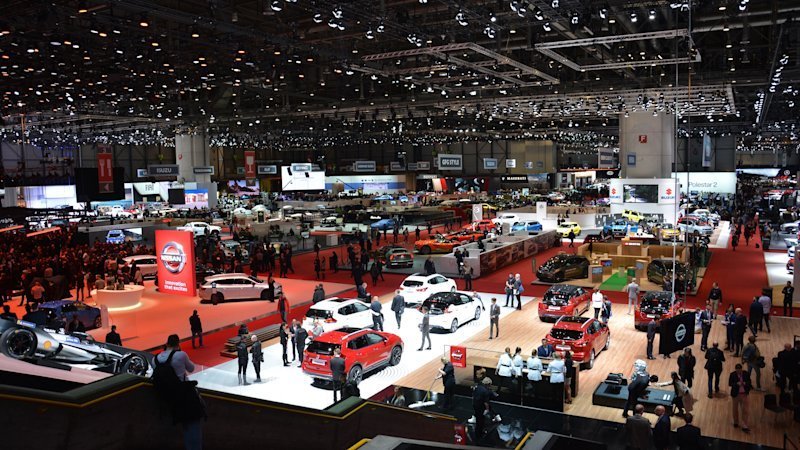 Coronavirus claimed another victim this week as Swiss authorities banned gathering of 1,000 people or more. Geneva Motor Show is seen as one of the most important exhibitions, and has effectively been canceled.

We regret this situation, but the health of all participants is our and our exhibitors’ top priority,” said GIMS chairman Murice Turrettini. “This is a case of force majeure and a tremendous loss for the manufacturers who have invested massively in their presence in Geneva. However, we are convinced that they will understand this decision.”

Auto makers spend vast amounts of money preparing for auto shows, and Geneva is one of the biggest and the best. The 90th Geneva Motor Show was due to start Monday. Last year, 600,000 people attended. 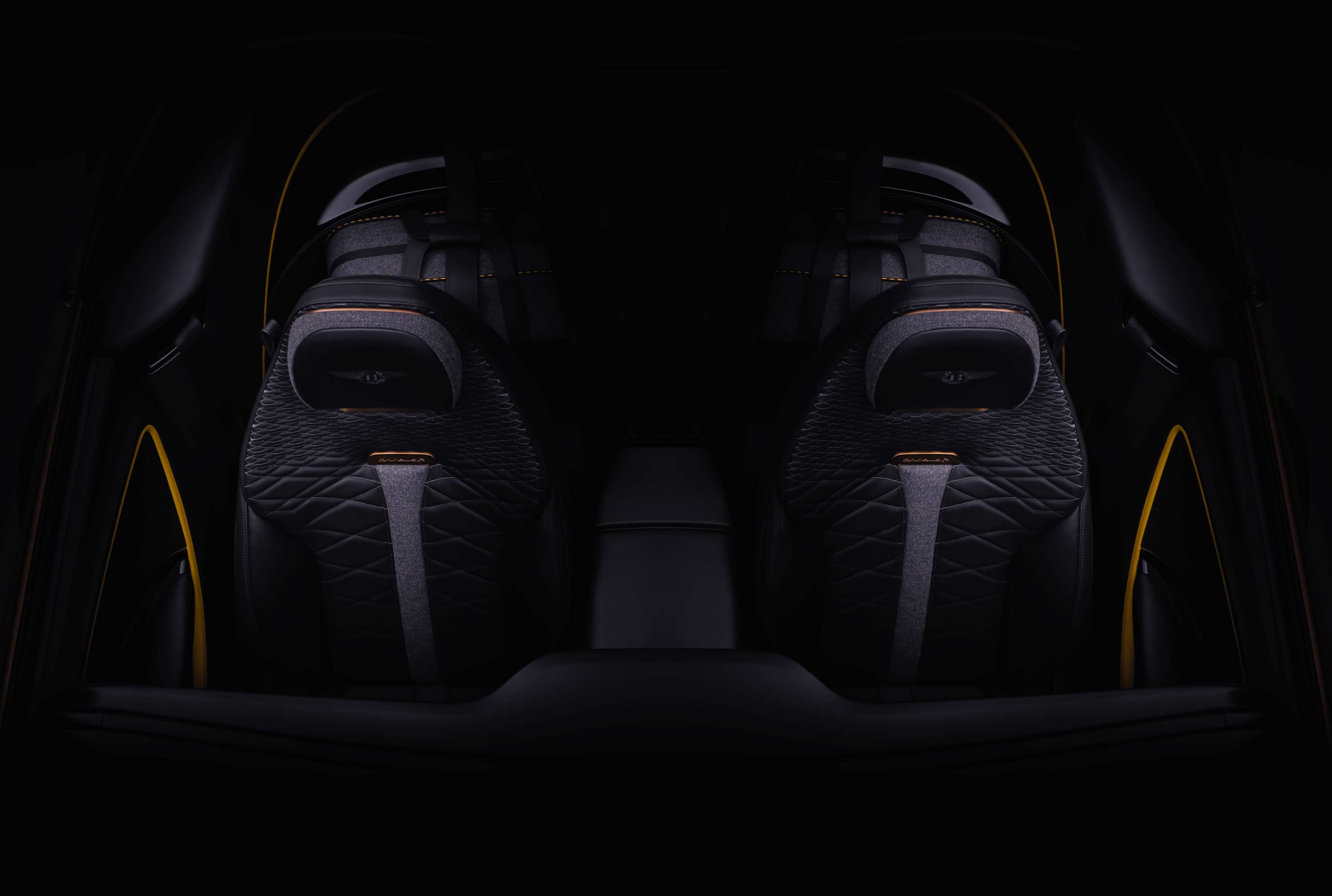 THE BENTLEY MULLINER BACALAR – A RARE AND BESPOKE TWO-SEAT BENTLEY

Bentley will be showing more than the future of coachbuilding when the Bentley Mulliner Bacalar is revealed on 3 March.

The Bentley Mulliner Bacalar will be only the second two-seat Bentley since 1930. The two-seat layout and wraparound cockpit creates a luggage space behind the exquisitely stitched front seats, occupied by a bespoke pair of travel cases trimmed to match the interior materials, all of which are sustainably sourced.

Meticulously hand-built by Bentley Mulliner, the oldest coachbuilding operation in the world, the Bacalar is Grand Touring at its most exhilarating, and will be revealed at 08:30 GMT on March 3, 2020. Joining it on the Bentley show stand at Geneva will be the new Bentley Continental GT Mulliner Convertible announced last week, along with the foundation of both the Bacalar’s design DNA and its ethically-sourced materials – Bentley’s centenary concept car, the EXP 100 GT. 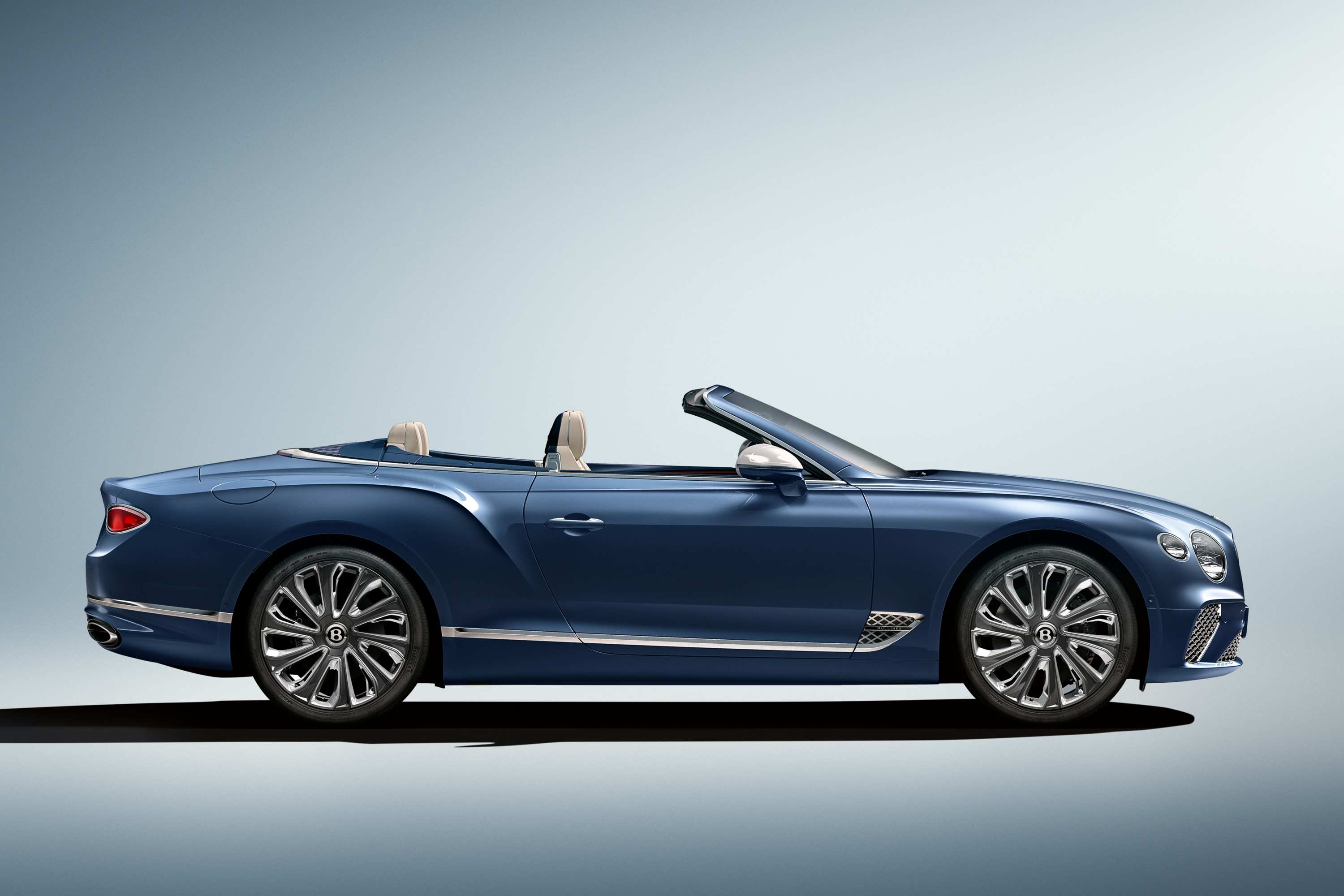 Mulliner has gone above and beyond the industry-leading craftsmanship so synonymous with Bentley and the world’s definitive Grand Tourer to create the Continental GT Mulliner Convertible and redefine the pinnacle of roof-down automotive luxury. 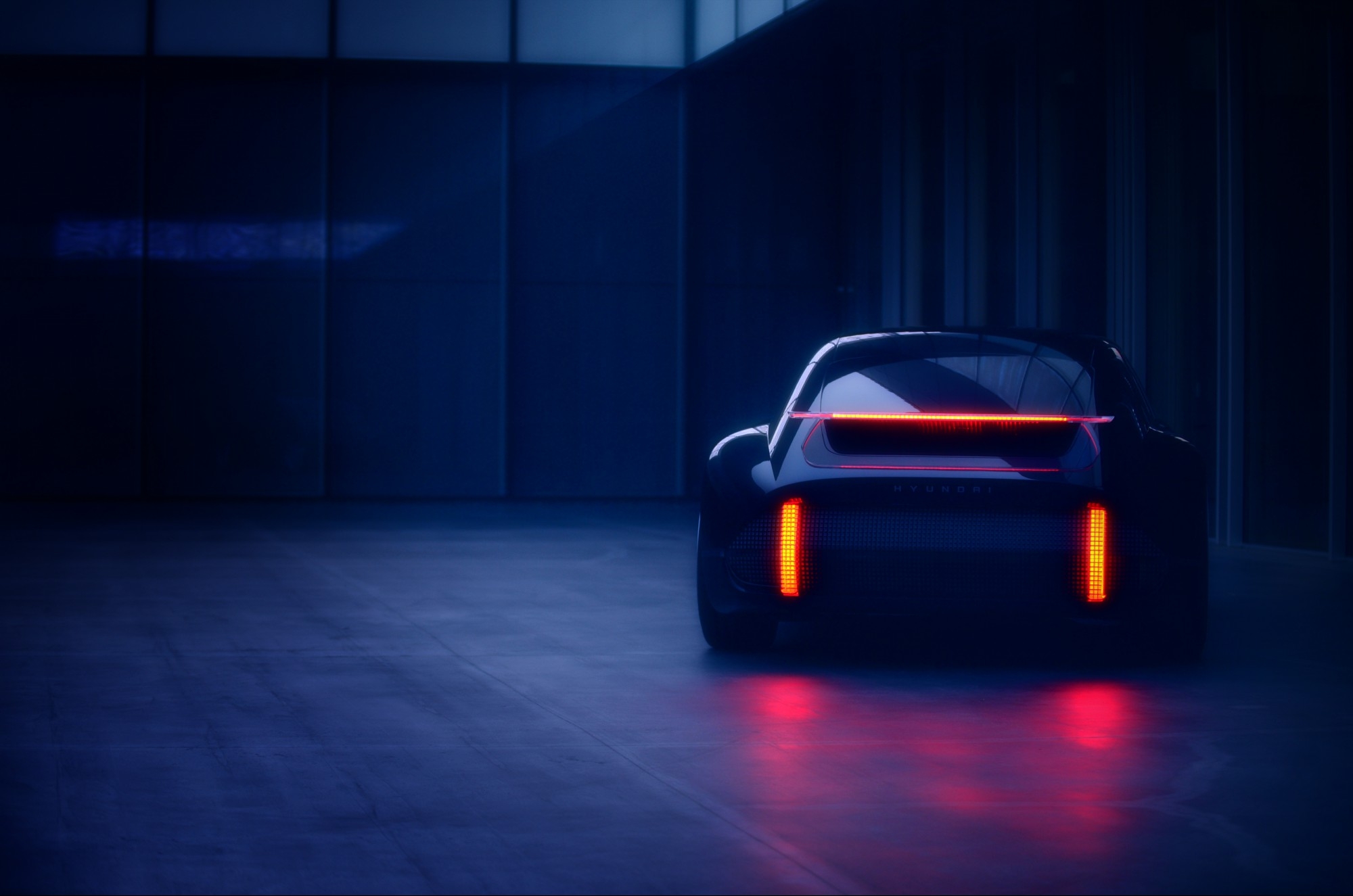 Hyundai Motor Company will unveil its new concept EV, “Prophecy”, expressing the company’s latest design language, at the upcoming Geneva International Motor Show, on March 3, 2020. The concept will remain on display until March 15.

“Prophecy” does not follow trends. It accentuates timeless beauty that will stand the test of time,” said SangYup Lee, Head of Hyundai Global Design Center. “Its iconic design stands to expand Hyundai’s design spectrum toward even broader horizons.”

The name “Prophecy” reflects the concept’s purpose, defining the direction of future Hyundai designs, while establishing itself as a design icon for Hyundai’s EV lineup.

The Hyundai “Prophecy” concept EV will be unveiled to the world on March 3 at the Geneva International Motor Show (11:45 CEST, Stand 4252 / Hall4). Hyundai Motor will be showcasing electrification strategy under the concept of ‘Real Progress is in the Air’, which is inspired by new brand vision (Progress for Humanity) and exhibition contents. 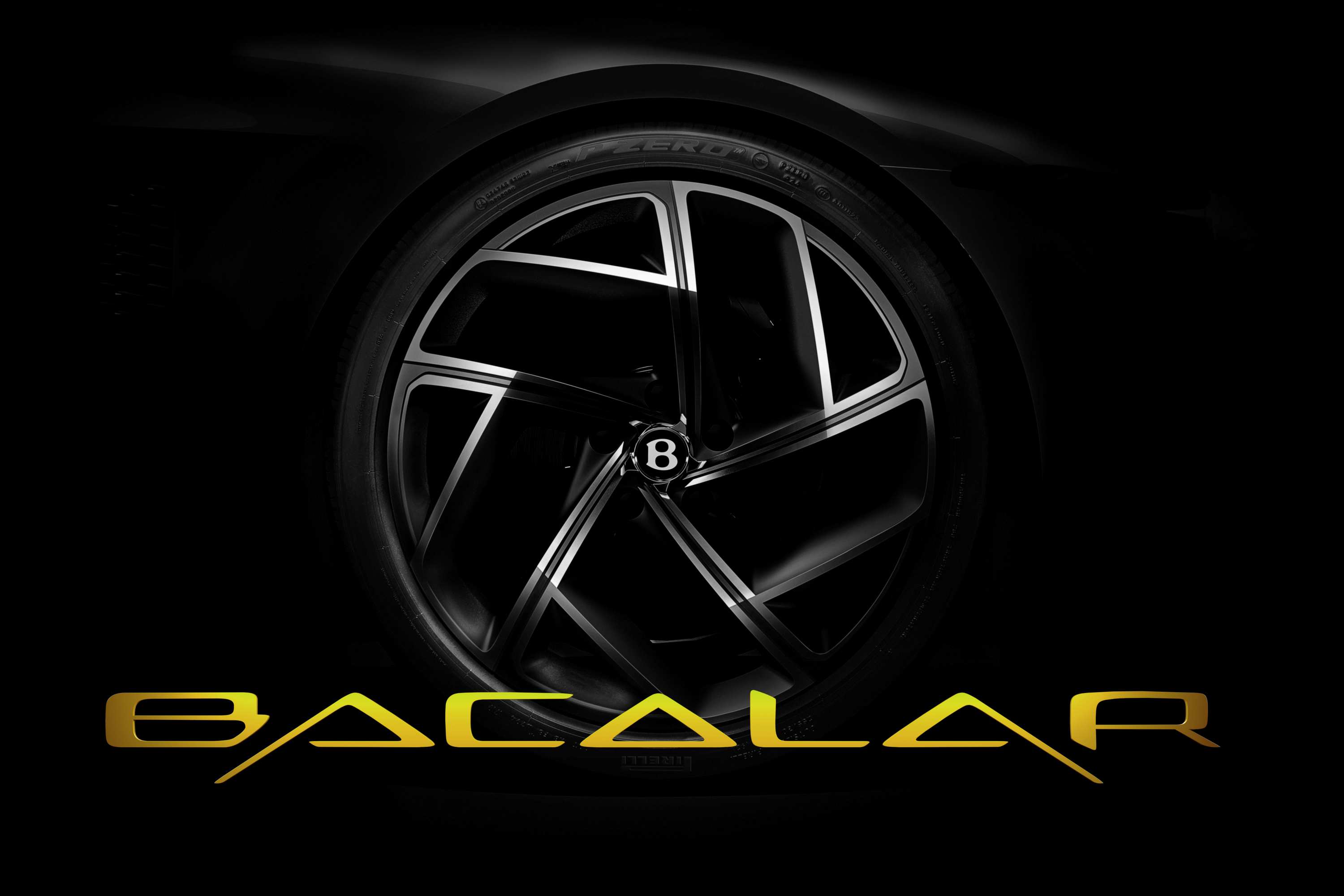 THE BENTLEY MULLINER BACALAR – THE FUTURE OF COACHBUILDING

Bentley will reveal the future of coachbuilding at next month’s Geneva International Motor Show with the unveiling of the Bentley Mulliner Bacalar.

Exquisitely hand-built by Bentley Mulliner, the oldest coachbuilder in the world, the Bacalar represents Grand Touring at its most exhilarating. Sustainable and ethically-sourced materials are fused with a beautiful yet dramatic design inspired by Bentley’s centenary concept car, the EXP 100 GT.  Many will get to see the Bentley Mulliner Bacalar following its reveal at 08:30 GMT, 3 March, 2020.  But it will only be enjoyed by a very few

The all-new Kia Sorento will make its world premiere at the 2020 Geneva International Motor Show.

Designed and engineered to take on everything life can throw at it, the fourth generation of Kia Motors Corporation’s flagship global SUV is the latest addition to the brand’s reinvigorated SUV line-up. The first vehicle based on Kia’s new-generation midsize SUV platform, the Sorento raises standards in its segment for practicality, offering space on a par with larger vehicles. The new model also marks the first-time adoption of hybrid power in the Sorento line-up.

Kia is targeting the global SUV market by applying a range of innovations to the new Sorento, including advanced driver assistance systems and progressive connectivity and infotainment features.

A mainstay of Kia’s global line-up, more than three million Sorento models have been sold worldwide since it was launched in 2002. The all-new Kia Sorento will be revealed for the first time on March 3.