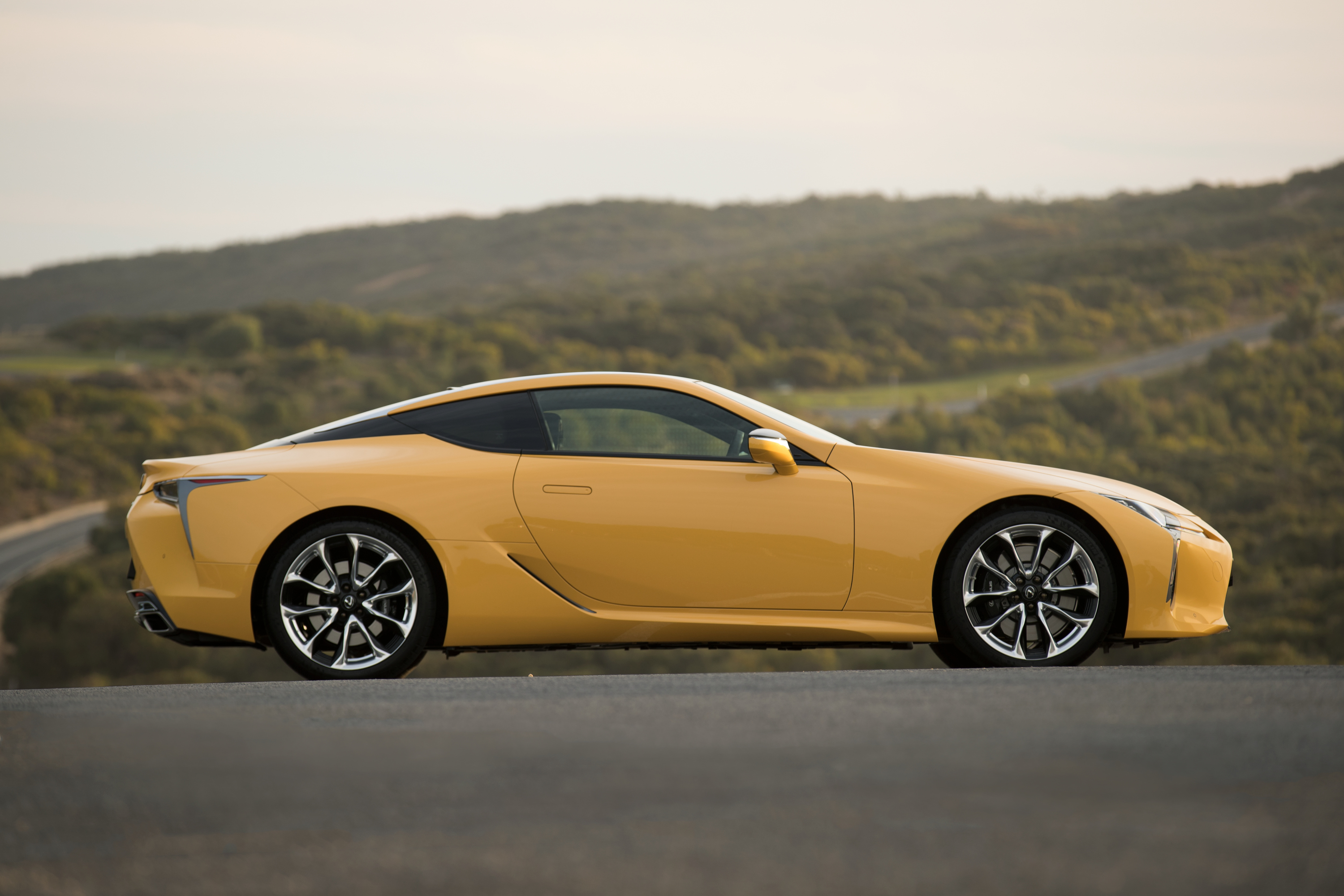 LC 500 – For the full story Sydney to Shoal Bay in an LC 500 LEXUS says their flagship LC coupe is a GT car. They say it is quiet and comfortable in the true spirit of GT cars of old. They suggested we take it up the highway a bit, so we did.

The figures are huge, huge, huge, I tell you, huge! First there’s the price: $190,000 plus onroads. That’s around 200 grand by the time you done the business with the blokes at the car yard. Then there is the power.

This masterpiece of an engine has 8 cylinders set at a jaunty angle. The go up and down very fast, and they make 351 powers, and 540 torques. There are 10 gears in the super slick automatic transmission. It’s a proper automatic too. None of that double clutch nonsense.

The weight? That’s a big number as well. The hefty lassie weighs in at 1970kg, 50kg more if you select the hybrid version. Both drive trains are the same price where once the hybrids came at a premium.

If you have a few extra shekels in your purse, you can opt for the Zinia Yellow on the car you see before you. If you’re fingers are still full of box-ticking friskiness, you can tick the Enhancement box, and that one is a right cracker.

For $15,000, yes that’s right, 15 grand, you get the a box of goodies. Although, do you think LC500 really needs enhancing? The pack includes 4 wheel steering, a clever rear wing that deploys at speed, variable ratio steering, and a carbon fibre pack for the roof and door sills.

Then we get to some figures that are slightly more diminutive. You get to 100 kph in a mere 4.7 seconds. Fuel usage for a high performance V8 is usually nothing to write home about, but LC500 promises just 8.2L/100k on the open road. It climbs to 17.6 around town and combined is 11.6L/100k.

That’s not bad but would be considerably better if the big GT shed a few kilos. 197L of boot space is not particularly generous but is enough for 3 or for overnight bags. We threw a few things in the back seat as well. You need a few little comforts out on the highway.

We headed off just before morning tea time. Traffic was light. Well, light considering it was Sydney. The trip to port Stephens takes about 3 hours so we took a flask of coffee and some sandwiches to tide us over. Once on the M1 heading north, the LC500 proved comfortable with its long legs, powerful engine and sporty-hip-hugging seats. The highway has long sweeping bends which the active lane guidance copes well with. It isn’t as assertive as some brands. We set the cruise control and the LC500 did the rest.

For the full story Sydney to Shoal Bay in an LC500 LEXUS says their flagship LC coupe is a GT car. They say it is quiet and comfortable in the true spirit of GT cars of old. They suggested we take it up the highway a bit, so we did.

Audi RS5 Sportback is perhaps the most elegant mid-sized vehicle on the market. It exudes a sense of style and grace that doesn’t come around that often. [Read More]

Since it was first released in 1989, Mazda MX-5 has brought something special to the sports car segment, the simple roofless sport car concept is carried through in the latest GT RS Roadster which we drove [Read More]