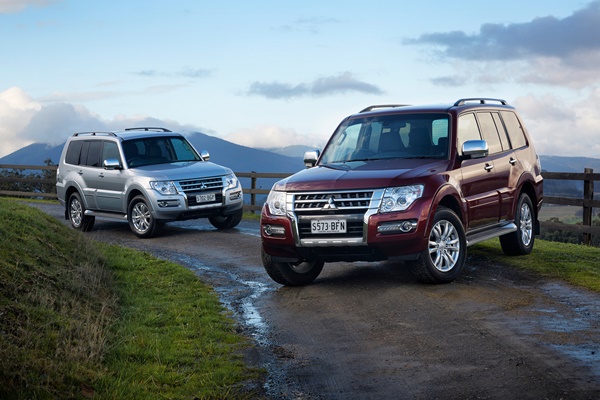 Mitsubishi Motors newly-developed integrated smartphone infotainment system has arrived on the 2016 model year Pajero SUV. Mitsubishi’s Smartphone Link Display Audio (SDA) system for both Android AutoTM*1 and Apple CarPlay*2 will be introduced across all Pajero variants and rolled out on future models in the months ahead.

On sale from 1 September, the 2016 Pajero will also feature Digital Audio Broadcast (DAB) radio as standard across the range and a new Terra Rossa premium paint colour.

SDA allows users of either Android smartphones or iPhones to connect to the Pajero’s seven-inch built-in touch screen using a USB cable.

The system is designed to allow the driver, either by using the touchscreen, voice control or steering wheel controls, to safely and simply:

The SDA system also eliminates the need for regular map updates to the car’s navigation system by retrieving the latest information from the smartphone.

Home
Android Auto automatically brings you useful information and organises it into simple cards that appear in the vehicles display when they’re needed.

Music
Your favourite tunes – to go! Access and stream over 30 million songs, customised playlists and more with Google PlayTM*1 music.

Voice
Just say the word – Best in class speech technology makes controlling everything with your voice fast and easy.

Apps
Hit the road with your favourite compatible apps.  Android Auto makes it easy to access your phone’s apps and contents in your car.

Overview
Apple CarPlay takes the iPhone’s familiar features you’d want to access while driving and puts them on the vehicle’s display in a smart and simple manner. You can get directions, make calls, send and receive messages, and listen to music, all in a way that allows you to stay focused on the road.

Maps
Complete with turn-by-turn directions, traffic conditions and estimated travel time.  CarPlay can also predict where the driver is most likely to want to go by using addresses from their email, text messages, contacts and calendars.

Phone
Make calls, return missed calls and listen to voicemail.  Siri helps do all these things.

Messages
Siri can take dictation, read aloud, send and reply to the driver’s text messages for them.

While not an immediate choice the MY13 Ford F-250 6.7Litre Diesel SuperDuty Platinum 4×4 CrewCab Pickup Ute is one hell of a 4WD Ute. The Ford F250 is far and away the best Ute on the market and goes close to the best 4WD touring vehicle. [Read More]