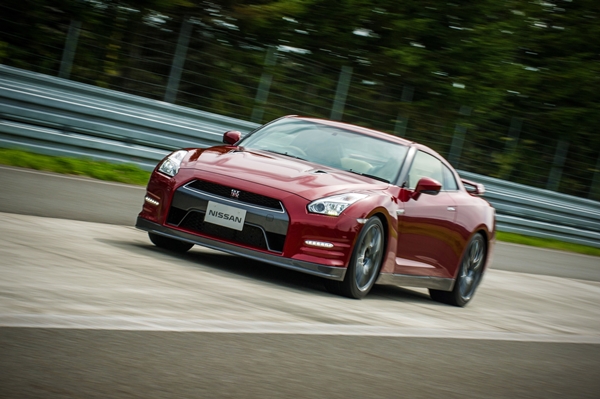 Nissan Motor Co., Ltd. has announced that the 2015 Nissan GT-R will go on sale today at all Nissan dealerships throughout Japan – and in Australia in early 2015.

Since its release in 2007, the Nissan GT-R has been recognised as the world’s foremost high performance super sports car, embodying Nissan’s commitment to ‘innovation that excites’ like no other vehicle.

The GT-R continues its legacy as the ultimate ‘GT’ (Grand Tourer), armed with a comfortable ride, a high level of refinement and benchmark fit and finish; while its world-class high performance embodies the ‘R’ in its name (Racing technology).

Thus, its ‘multi performance’ character allows the driver to enjoy the full depths of the GT-R’s capabilities, whether navigating corners of a winding mountain road, simply cruising on the open highway or even running errands on neighbourhood streets.

Among the modifications to the 2014 Nissan GT-R were improvements to the car’s driving comfort – without any sacrifice to its remarkable performance. The 2015 model takes that mission one step further, dramatically improving the car’s ride quality, while keeping the GT-R one of the best handling cars in the world. From low parking lot speeds to the extreme cornering situations of a race track, the 2015 GT-R exhibits better handling stability than ever before, enabling the driver to trace the desired driving line with unmatched precision. Also, noise and vibration have been significantly reduced to further improve the environment within the GT-R’s cabin.

Suspension
Damper rates of the shock absorbers and the ECU setting have been modified to improve cornering stability, allowing the driver to trace the desired driving line. The same modifications reduce the amount of steering corrections necessary on rough roads, adding a further sense of security in less than ideal driving conditions. 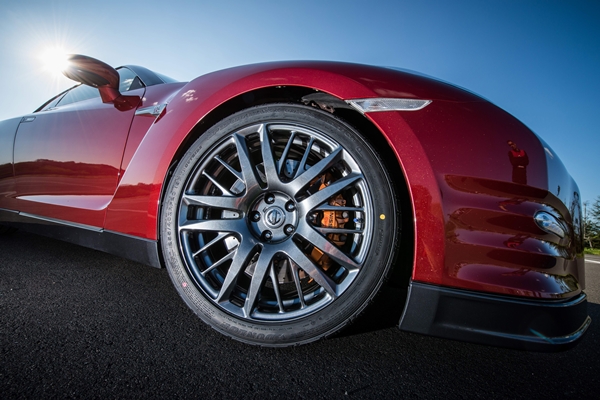 Tyres
The material and the inner structure of the tyres have been improved for better straight-line stability and increased stability over uneven road surfaces. The changes also improve ride quality and driver confidence.

Brakes
The shim structure between the brake pads and caliper pistons has been modified, along with the brake pad itself, improving braking feel from initial activation and better overall braking control. Brake noise has been reduced without sacrificing performance.

Steering
The Steering Dynamic Damper has been optimised, reducing vibration at engine idle.

Engine・Transmission・Drivetrain
The engine and transmission management systems have been retuned. Also the clearance (backlash) of the transaxle and driveshaft has been modified to reduce vibration and noise coming from stepping on and off the accelerator pedal.

The bearings inside the flywheel housing have been modified to reduce noise.

Others
The material for the trunk carpet has been changed to improve sound insulation. 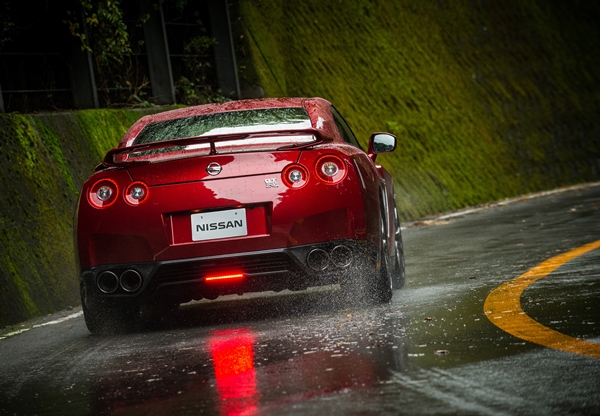 Audi’s all new S3 Sportback will arrive in Australia in December 2013. The Audi S3 Sportback is expected to be priced at around $65,000 – $70,000 MLP and will carry a similarly high level of specification compared to its predecessor. [Read More]

The first update to Asphalt 8: Airborne makes it the only game to feature the Clio Renaultsport 200 Turbo EDC, the latest performance model from Renaultsport, which goes on sale in Australia in December. [Read More]

I have recently driven the Jaguar F Type p 380 R Dynamic. It’s the supercharged 3.0L V6 not the full on V8 SVR, but provides more than enough power and outright acceleration for most people. [Read More]