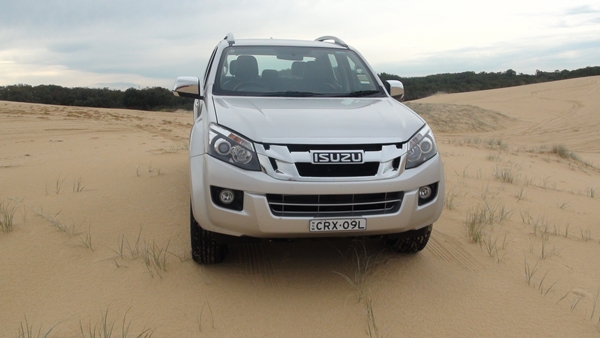 Isuzu UTE Australia (IUA) has firmly established itself as an imposing franchise in the Australian automotive industry with the recent achievement of several key milestones that have propelled the distributor into the next stage of its evolution.

Spearheading the achievements, IUA finished 2014 with its strongest sales figures in its six year history. IUA registered a total of 2,339 vehicle sales for the month of December – comprising 1,775 one-tonne D-MAX utes and 564 units of its seven-seat MU-X SUV.

The significant sales improvement can also be attributed to the continual expansion of Isuzu UTE’s dealership network – which now numbers more than 100 dealers nationally (up from 39 in 2008). Recent additions to IUA’s dealership footprint include a combination of high-profile metropolitan and regional locations along with several rural outlets designed to service and support IUA’s growing mining fleet customers.

Isuzu UTE Australia Managing Director & CEO, Yasuhiro Takeuchi said: “I am extremely happy with the rapid growth our franchise has achieved and would like to thank our dealers and their staff for their continued commitment to ensuring our customers receive the very best service and the brand enjoys the success it deserves.

“It was only a couple of years ago we were celebrating the sale of our 10,000th vehicle – so to be realising 50,000 units so quickly is a testament to both the strength of our products and satisfaction of our customers.

“We have some very exciting plans afoot to ensure our growth is not only sustainable, but increased in 2015 and beyond.”

About Rob Fraser 1577 Articles
Rob Fraser – General dogsbody & Director Rob is the founder of the business. He constantly mutters something about way too many red wines one evening being to blame. Often known for taking the 4WD in the driveway over the sports car, he has travelled pretty much everywhere in Australia and when he is bored goes for a drive. He first learned to drive on the farm in a left hand drive WW11 Jeep when he was 11, and was hooked on 4WDriving way back then. In addition to 4WD he is an avid motoring enthusiast and has maintained a strong interest in the industry ever since his teens. He has owned way too many cars in his time as well. Having previously lived at the top of corporate life he retired in 2000 and hasn’t put a suit and tie on since. Cars are his passion so why not have a business doing what you love he figures. He has towed either a caravan or camper trailer to most parts of Australia, has run guided tours for camper trailers’ and instructed drivers in off road towing.
Website

SsangYong has relaunched themselves into the Australian market with a 4 model line-up. The Tivoli, Tivoli XLV, Rexton and the Dual Cab Musso which we’re talking about today [Read More]