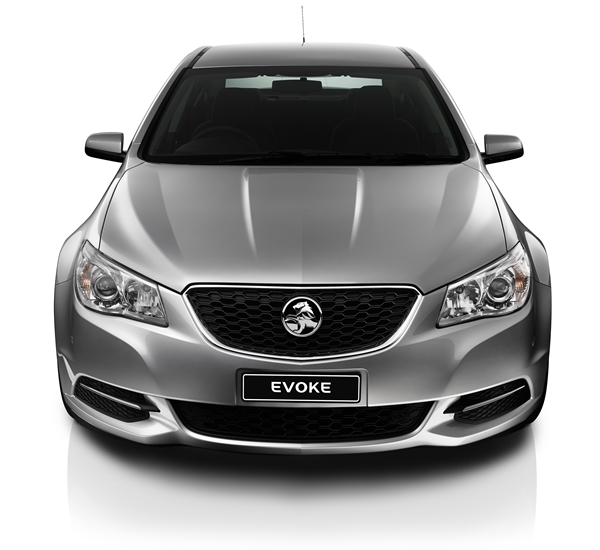 Holden has significantly increased the value of Commodore with new features and reduced recommended retail prices across the VF sedan and Sportwagon range by between $5,000 and $9,800.

With a recommended retail price (RRP) of just $34,990, Evoke comes standard with Auto Park Assist for parallel and right angle parking as well as front and rear parking sensors and a rear view camera. In addition to its premium new interior,
Evoke also brings a world of new technology to Australian drivers with: 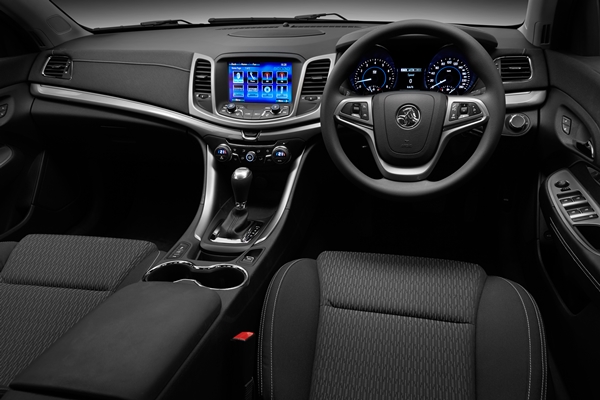 “Evoke is a great car that people will want to own, it will be an aspirational vehicle. The features we’ve made standard show Holden is serious about making world class technology accessible to all our customers,” he said.

“Starting with Evoke we have simplified Commodore’s pricing and value walk up with logical price and equipment increments and very strong sports and luxury identities.

“We think Commodore represents unbelievable value and will win over a new generation of Australians.”

Stepping up from Evoke, Holden’s Calais combines luxury features with VF’s cutting edge technology for under $40,000.

The high-end styling and features of Calais have made it one of Commodore’s most successful and long-running nameplates. Holden has wound back the Calais RRP by more than $8,000 to just $39,990.

Commodore’s performance variants – SV6 and SS – gain VF sophistication and retain the unique sporty character these models are famous for.

Building on Evoke specifications, SV6 and SS gain Blind Spot Alert and Reverse Traffic Alert technologies in addition to their bold front and rear sports styling, side skirts, lip spoiler (on sedan) and chrome exhaust tip. A wing spoiler is now available as a factory-fitted option on sedan for $500 on sports models.

“Holden sports models have a very clear performance identity within the Commodore line-up and they’re taking a huge leap forward with VF. They really are a class above the competitors with game-changing technology and Holden’s performance credentials,” Mr Brook said.

“Our enthusiast customers are our biggest fans and great supporters of the Holden brand. In the run-out of VE we’ve practically sold out of V8 models and dealers are reporting huge interest in the SS and other sports models. 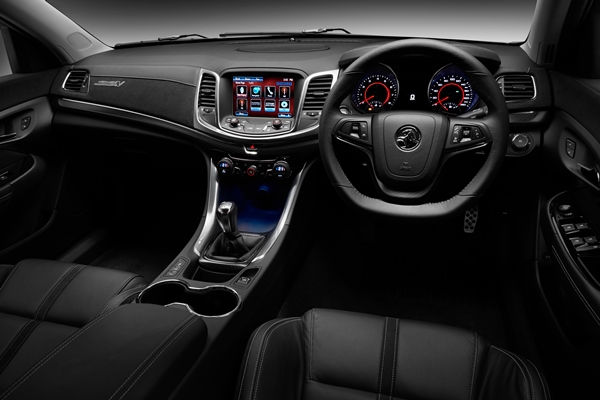 “The Holden engineering team is really proud of what they’ve been able to achieve with Redline. VF Redline also has wider rear wheels for extra traction and includes competition mode with launch control and track settings for the true enthusiasts who participate in track days,” Mr Brook said.

“We launched the Redline range at Series II and it’s been a huge success. Within two years it’s carved out a spot at the top of the ladder as the absolute best in luxury, sports performance.”

“Our goal with VF was to help customers find the car that suits them by simplifying our line-up – whether it’s a family, an enthusiast, or a luxury car buyer – which also makes it easier for dealers and helps reduce complexity in our manufacturing operations,” he said.

“VF Commodore has amazing, world-leading technology, sophisticated design and performance credentials that make it an incredible package. And what makes us most proud is that we designed, engineered and built Commodore in Australia.

“We have a new creative marketing direction for the Holden brand and we’re reasserting ourselves in an incredibly competitive market.

“For Commodore, we’re deliberately launching with a ‘wow’ pricing strategy that we think will make buying a Commodore a very easy decision and bring people back to the large car segment.”

The Holden VF SSV Redline is without doubt the best luxury performance sedan that Holden has ever built. It has to be considered the performance bargain of the year. It has performance that belittles many a hot hatch at less price and blows away almost all the competition from Ford and HSV. [Read More]

One of the criticisms of Holden was that it kept building big, rear wheel drive cars to tackle the Australian conditions. David Brown, notes that hindsight is easy. [Read More]

Holden Launched its VF Commodore Storm Special Edition. It’s based on the popular SV6 and SS models and comes with lots of extras. [Read More]