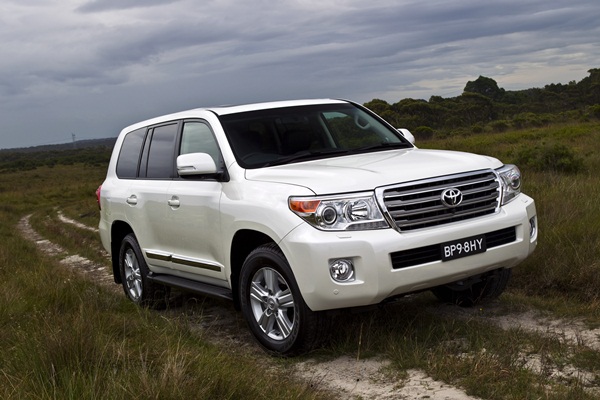 Toyota’s LandCruiser 200 wagon has a new 4.6-litre V8 that features variable valve timing on both the inlet and exhaust ports, lifting power and torque while improving fuel economy and lowering emissions.

The new V8 leads a series of improvements to the LandCruiser 200, which remains true to its off-road heritage with uncompromising, go-anywhere capability.

LandCruiser, the top-selling vehicle in its class for decades, gains new and updated equipment for 2012 that adds to its looks, performance and customer appeal.

Off-road technology has advanced across the range with a new multi-terrain anti-skid braking system that detects and automatically adapts to off-road conditions, supplementing the standard vehicle stability control and active traction control.

Top-of-the-range Sahara adds to LandCruiser’s reputation as “king off the road” with Multi-Terrain Monitor, utilising four wide-angle cameras for checking “blind” spots and revealing terrain hazards and apexes that are normally hidden from the driver’s view.

To help reduce cold-start emissions, a new single-pump air injection system speeds the warming of the catalysts by inducting air through the exhaust ports.

Designated 1UR-FE, the new engine has a six-speed automatic transmission instead of the five-speed in the previous petrol engine.

The transmission has artificial intelligence control, which allows its computers to select the appropriate gear ratio by estimating road conditions and predicting the driver’s intention.

The latest LandCruiser range has nine exterior colours with the addition of shimmer (metallic silver) and black mica. There are three interior trim colours – grey, black and shell beige.