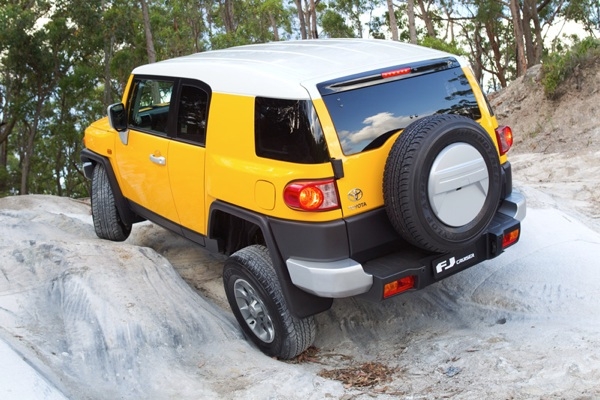 Toyota’s FJ Cruiserhas finally been launched in Australia. To hear a radio review on the brand new Toyota FJ Cruiser, listen to Rob Fraser on Overdrive 99.3.

Rob Fraser’s interview with David Brown on Overdrive 99.3, also broadcasted to radio stations around Australia on the Community Radio Network.

David and Rob spoke about their recent trip to the Flinder’s Rangers to test out Toyota’s latest 4WD, the FJ Cruiser.

Since its launch demand for Toyota’s FJ Cruiser has exceeded expectations. This is probably because the FJ Cruiser is not only a revelation in its looks but it is extremely capable off road as well. The FJ Cruiser is powered by a 4.0L V6 5 Speed drivetrain with a dual transfer case. [Read More]

Toyota has finally released the FJ Cruiser in Australia. The FJ Cruiser is powered by a 4.0L V6 5 Speed drivetrain with a dual transfer case and heaps of 4WD credibility. [Read More]