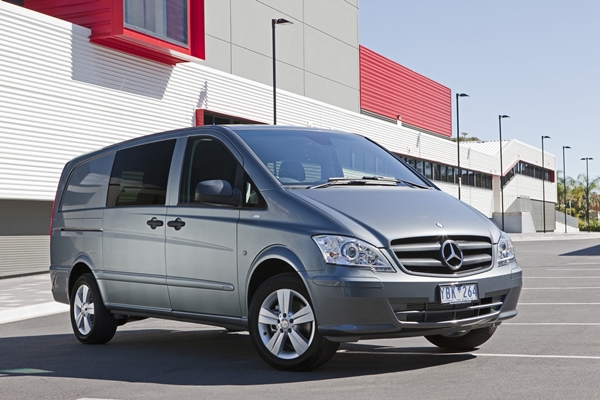 The Mercedes-Benz Vito applies itself to the rigours of the tasks at hand. This is a van that knows its business. Mercedes-Benz has undertaken a comprehensive revamp of the Vito van, which is now yet more economical and kinder to the environment, yet more practical and more dynamic. New engines and new transmissions reduce emissions and fuel consumption by up to 15 percent while enhancing performance. The reconfigured chassis is tailored to the transportation of goods or passengers, according to the model configuration. The driver’s workplace in all models and the passenger compartment of the Vito crewbus are more attractively appointed than ever. The new Mercedes-Benz Vito is readily recognisable by its new “face”, combining the style of the current passenger cars from Mercedes-Benz with the robustness of a commercial vehicle.

The central innovation featuring in the latest Vito is a completely new drivetrain offering particularly economical and environmentally friendly operation. All engines comply with the Euro 5 emissions standard. Fuel consumption has improved once again, accompanied by cuts of up to 15 percent in CO2 emissions, depending on the engine variant. This reduction in fuel consumption and emissions is made possible with BlueEFFICIENCY technology. This innovative package is a unique offering in the vans segment. The new four-cylinder engines rated at 70 kW in the Vito 110 CDI, 100 kW in the Vito 113 CDI and 120 kW in the Vito 116 CDI use balancer shafts for impressively smooth running. 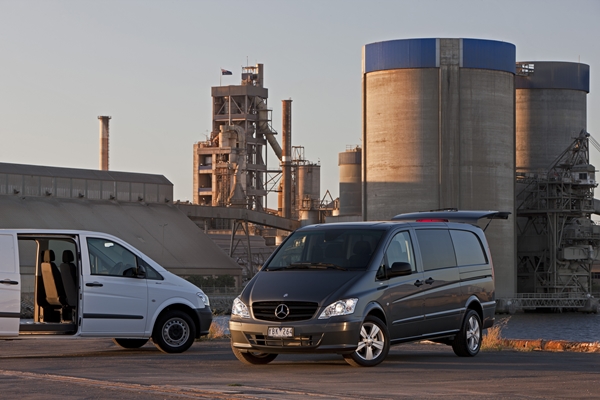 Top of the range among the diesel engines is the V6 Vito 122 CDI, which combines smooth running and impressive power. With a power output of 165 kW, it now offers even better performance and improved fuel economy.

The rear-wheel drive has benefited the Mercedes-Benz Vito’s driving dynamics and handling ever since the current model series was first introduced. The new Vito impresses with a completely new and perfectly tuned chassis. Both the front and rear axles have only their basic construction in common with the previous models. The new chassis sets new standards in driving stability and robustness, ride comfort and driving safety in the Vito’s class. The Vito van/crew cab and Vito wagon come with a rear axle configured to the respective areas of use. The Vito continues to lead the way, offering an unparalleled high standard of safety (The only 5 star rated ANCAP rated van) and an unmatched scope of assistance systems as part of the standard scope of equipment. 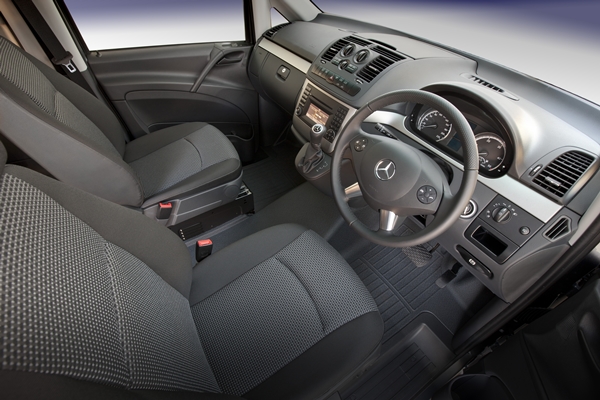 Interior: a practical and comfortable workplace with upgraded appointments

The host of new features inside the Vito all boil down to even simpler operation, enhanced comfort and an even higher-quality look and feel.

The Vito is more user-friendly than ever, featuring a new shift lever, pushbuttons in the upper control panel of the centre console and an optional upgraded overhead control unit, for example. Numerous new items of equipment enhance the Vito, offering added scope for individualisation and assistance first and foremost for the driver. A four-spoke multifunction steering wheel with new control buttons and matt chromed spoke trims are standard equipment for the 113, 116 and 122 Vito. 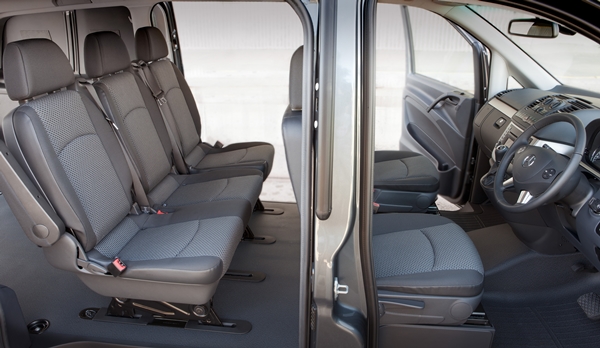 Mercedes-Benz has also incorporated numerous new highlights into the exterior design. The new “face” of the Vito features a yet more striking and distinctive look, in keeping with the style of the current passenger cars from Mercedes-Benz while at the same time exuding the robust character of a commercial vehicle. New reflector headlamps offset the radiator grille. The daytime driving lights which come as standard are integrated with their own light source in the headlamp housings, together with the fog lamps. The new-generation Vito is available with a combination of Bi-xenon headlamps, LED daytime driving lights, cornering lights, and a headlamp cleaning system (standard on the Vito 122). The Vito’s front bumper also comes in a new, upgraded design featuring a honeycomb look. The grained surface highlights the Vito’s robust character. The bumper is available in a painted and or smoothed finish in the vehicle’s exterior colour.

Mercedes-Benz Expands its Range of People Movers with Valente

Mercedes-Benz has released pricing and specification details of its new entrant in the people mover segment, the eight seat Valente. The Valente uses the Vito Wagon as its base but features the additional equipment as standard. [Read More]