Fiat Abarth – The original Fiat 500 was built between 1957 – 1975. It is seen as a utilitarian vehicle, Italy’s effort along the lines of a VW Beetle or the British Mini. 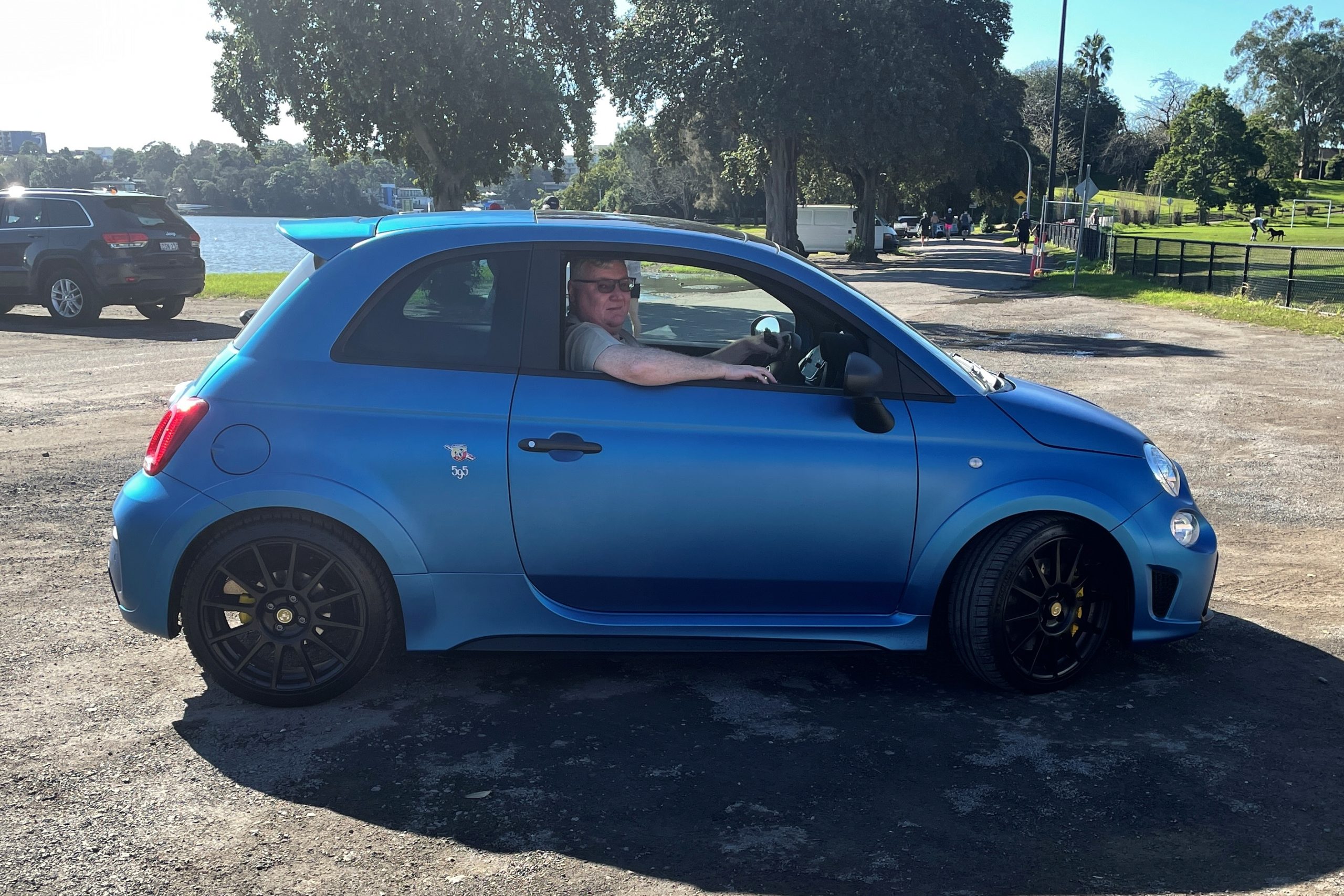 Although seen predominately as a city car this cheap, nippy little vehicle inevitable found its way to the race track.

In 1971 Fiat bought the Abarth organisation that had made racing sport cars. Abarth became the Fiat Group’s racing department.

In 2007 Fiat announced a new 500, a front wheel drive vehicle that clearly paid homage to the original in its exterior appearance.

The vehicle is available in Australia priced, before on road cost, from $33,000 and $37,000 for the convertible

“The updated Abarth 595 range celebrates the premium appointments of the Competizione with the quintessential rally car traits Abarth is known for,” said Tom Noble, Director of Marketing Communications for Abarth.

TO LISTEN TO THE ABARTH RADIO REVIEW CLICK BELOW

“The race-ready power of this hot hatch has also seen style updates that speak to rally racing history, including a modern take on the iconic Montecarlo wheels and the new matte Rally Blue exterior paint colour paying homage to the Fiat 131 Abarth Rally.”

The interior technology includes a 7-inch Touchscreen Display with Apple CarPlay and Android Auto as well as a 7-inch Instrument Cluster, the Dusk and Rain Sensors a new addition to the existing safety and convenience features including Rear Parking Sensors and Daytime Running Headlights.

Further accentuating its sports looks, a black roof option has been made available on the new ‘Adrenaline Green’, as well as the ‘Modena Yellow’, ‘Abarth Red’ and ‘Gara White’. The Abarth 595 Competizione Convertible variant instead features a Retractable Soft-Top Roof.

Skoda Fabia Monte Carlo is an often overlooked hatch in the market, but one that deserves more attention. With good looks and quality build, Brianna and Alex take it for a drive and see how it fits the urban lifestyle. [Read More]

Toyota launched the all new Yaris late in 2020 and included a hybrid version. We drove the ZR Hybrid and walked away who mixed feelings. [Read More]

Hello and welcome to Overdrive, a program that looks at the latest trends in motoring and transport for serious and not so serious issues. I’m David Brown.  [Read More]