Fourth place on Heat 2 was sufficient to secure the podium place based on points accrued from both heats. 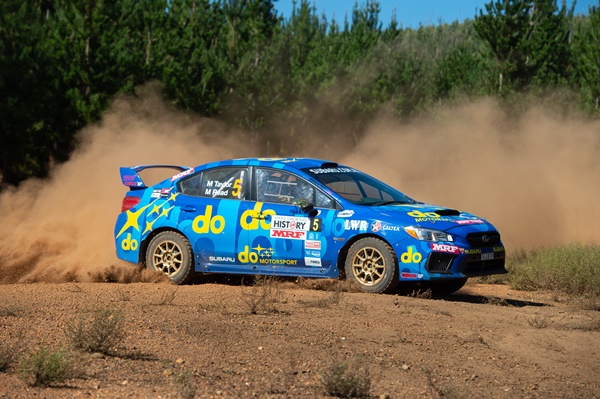 In the second round of the 2018 CAMS Australian Rally Championship, Taylor and Read started Heat 2 last night with a fifth place on the 5.28 kilometre run through Barnard Park, Busselton.

Back in the forests outside Nannup this morning, the pair rocketed to third on SS12, the 17.46 km Brockman 1. 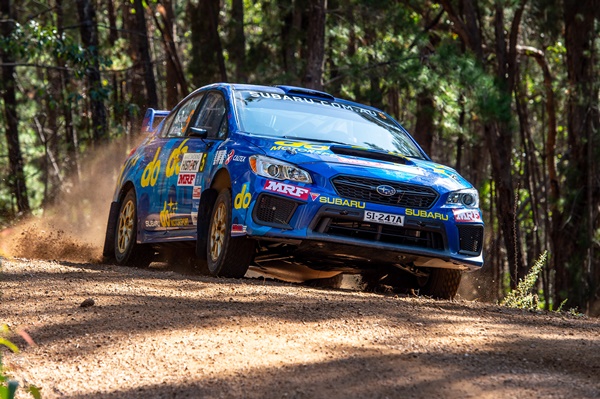 Fourth on SS13 took them into morning service in fourth overall, with Harry Bates’ Toyota Yaris again dominating the action.

Three more stages ahead of midday service produced minor drama close to the end of SS16 Brockman 2, when the rear driver’s side suspension arm on the WRX STI was damaged, apparently after striking a rock. However it only cost the duo around 10 seconds and the LWR crew were able to rectify the issue in service.

Molly said: “It’s great to be back on the podium – a first time for Malcolm since he joined the team!

“We picked up a lot of pace today after the LWR crew made a couple of tweaks last night.

“That gave us a lot more confidence, which was reflected in our improved times today.

“We had one scary moment when a big kangaroo went in front of us on this morning’s second stage, but fortunately we missed it, unlike our last encounter in Ballarat. 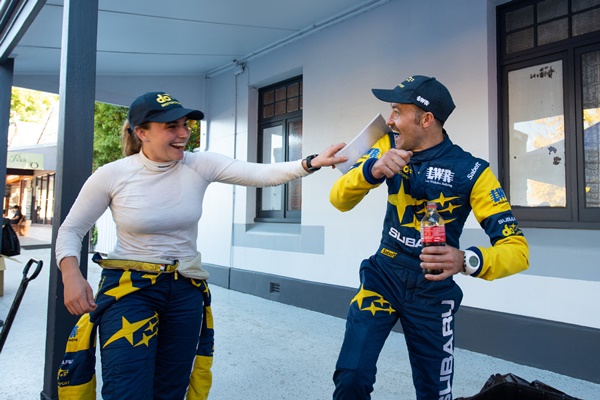 “All-in-all, we kept it clean this weekend and the points help build our Championship momentum going into Canberra.”

Tomorrow (April 30) marks the 15th Anniversary of the passing of late Subaru rally legend Possum Bourne and in tribute to his significant achievements, Malcolm Read was sporting a Possum-inspired moustache over the weekend.

A fellow Kiwi, Malcolm said: “Possum was a legend in New Zealand, just as he was with the rally community here, so this was my own small way of recognizing one of the greats.”

Bourne was a seven-time consecutive Australian Rally Champion with Subaru from 1996 to 2002. He was also a five-time winner of Forest Rally in WA. 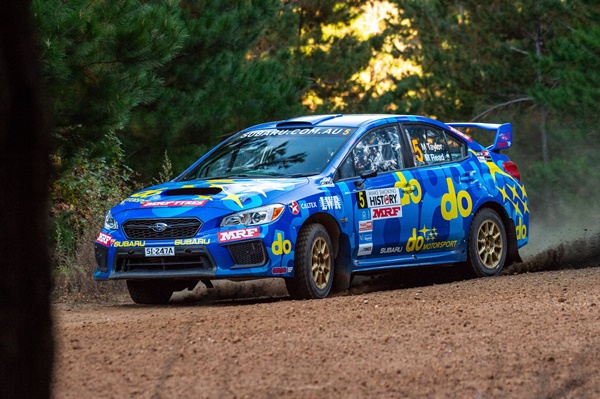 The Forester has long been a favourite here at AnyAuto with its boxer engines, Symmetrical AWD capability and Subaru quality and innovation. Externally the style could be described as conservative meets practicality. The midsized AWD SUV maintains sleek lines without resorting to the sloped and tiny rear windows [Read More]

I tested the Subaru Levorg 2.0L STI Sport in October 2017. During the week I had the Levorg the thought continued to grow on me that this is a good alternative to the current crop of ever burgeoning SUVs. [Read More]