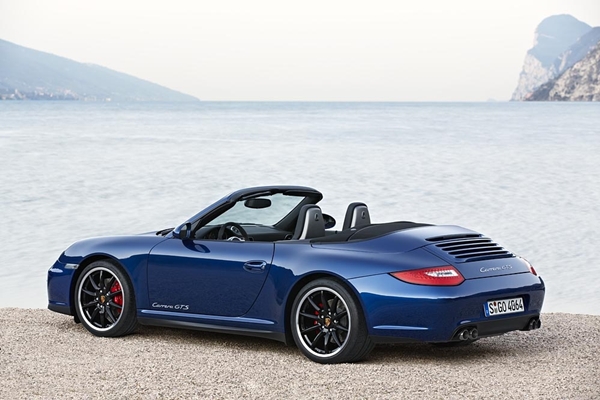 Porsche will present a world premiere and 2 US premieres at 2010 Los Angeles Auto Showthe including the 911 GTS and the 911 Speedster.

Stuttgart. Dr. Ing. h.c. F. Porsche AG, Stuttgart, presents a world premiere and two US premieres at the Los Angeles Auto Show. A mid-engine sports car which will be unveiled during a press conference at 10:55 a.m. on November 17 is right in the spotlight. The world premiere will be flanked by new 911 models, the 911 GTS and the 911 Speedster. With these three thoroughbred sports cars, Porsche crowns an outstanding year in the US market. In several well-renowned studies of the J.D. Power market research institute, customers voted Porsche the leading brand in terms of appeal, quality and reliability.

With a power output of 408 hp, especially dynamic suspension and decidedly sporty equipment, the new 911 Carrera GTS ascends to the pinnacle of the Carrera model series. The combination of the 44 millimetre wider Carrera 4 body of the AWD models including wider track with a classic rear-wheel drive is unique within the Carrera family. As well as giving the car sporty qualities, this brings economic advantages: thanks to Porsche Intelligent Performance with PDK, the new top athlete is no more thirsty for petrol than the Carrera S, in NEDC 10.2 litres/100 km (27.69 mpg imp.) (240 g/km CO2).

Along with the new top athlete in the Carrera model series, Porsche is unveiling a new small series of the legendary Speedster. The two-seater limited to 356 cars differs significantly from the other members of the 911 family. In the best tradition, the 60 millimetre shorter windscreen, the low-slung contour of the sporty-look manual hood, and the characteristic double bubble on the convertible-top compartment lid define the striking profile of the new 911 Speedster. This makes the body of the rear-wheel drive with its 44 millimetre wider rear stand out even more. Also, the 911 Speedster has a 408 hp six-cylinder engine and as a standard the Porsche-Doppelkupplungsgetriebe (PDK), Porsche Active Suspension Management (PASM) and Porsche Ceramic Composite Brake (PCCB). With an average consumption of 10.3 litres/100 km (27.43 mpg imp.) in the NEDC, the more powerful Speedster remains as efficient as the open 911 Carrera S.

Presenting these three new models, Porsche honours the outstanding praise which brand and products won from US customers in several studies of the well-renowned market research institute J.D. Power. It is the sixth time in a row that new-vehicle customers of Porsche attribute highest appeal in the APEAL study to their brand and ranked the 911 first among premium sports cars. In addition, two further studies confirmed that Porsche supplies not only the best new-vehicle quality of all car makers and, with the 911, the best “Premium Sporty Car”, but also the most reliable vehicles of the 2007 model year. 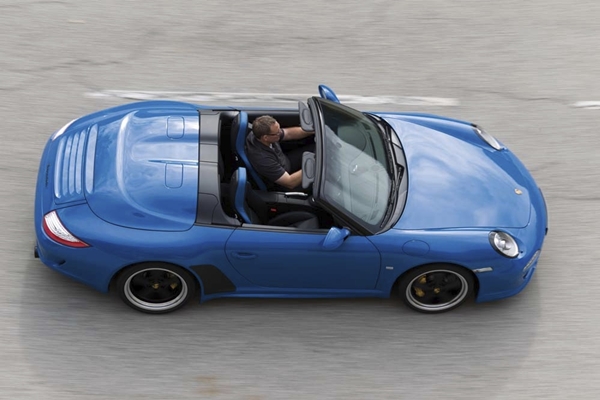 The ratings prove that Porsche has lost nothing of its fascination precisely 60 years after the delivery of the first sports car in the USA. The first Porsche 356s were shipped to the USA in autumn 1950. In addition to displaying them in his modern showroom on Park Avenue in New York, the former importer Max Hoffman handed a Porsche 356 over to the private racing driver Briggs Cunningham, who soon afterwards started to win his first races. The Porsche 356 quickly became an insider tip in the American racing scene, which reflected positively, and not only on the sales figures. This combination of racing sports and Hollywood glamour helped the Porsche brand to create its unique lifestyle image, which reflected back to Europe. Up until today, the United States of America is the most important car market for Porsche. Porsche Cars North America is based in Atlanta. All in all, there are just under 200 Porsche dealers in the USA.