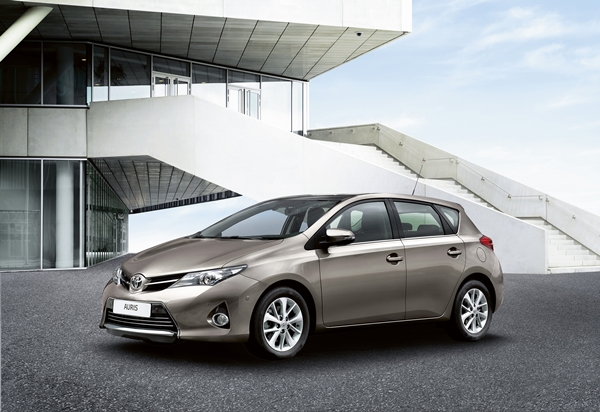 New Corolla hatch is the result of a total vehicle approach to improving driveability and dynamic performance while also reducing emissions and improving fuel consumption.

The 11th generation of the world’s best-selling car displays the more confident and agile face of Toyota with a low, sloping bonnet and reduced overall height that accentuate Corolla’s sleeker, more streamlined appearance.

These measures have resulted in a lower centre of gravity that improves high-speed stability and cornering agility.

Corolla’s MacPherson strut front suspension has been revised while front and rear springs and shock absorbers have been fine-tuned for ride comfort, improved stability and excellent steering response.

New Corolla hatch has a higher quality interior design and improved equipment levels. It will also be cheaper to run while building on Corolla’s long-established reputation for quality, durability and reliability.

The interior offers more space and greater comfort for occupants with an emphasis on improved sensory quality and the use of lighting, font, colour and finish to provide a more premium feel.

The cabin is noticeably quieter with extensive soundproofing to reduce engine and road noise.

Significant development of the new Corolla occurred in Europe. Cars for the Australian market will be built in Japan.

Corolla is the world’s best-selling vehicle with more than 39 million units sold in over 140 countries since the first-generation car was introduced in 1966.

New Corolla hatch will make its first public appearance in the southern hemisphere at next month’s Australian International Motor Show in Sydney before going on sale nationally from October 22.

Australian National and World records will fall at the 2012 Australian International Motor Show if John and Helen Taylor, ‘the world’s most fuel efficient couple’ and founders of The Australian Book of Records have their way. At the end of September, John and Helen set off on an Australian National Record Drive attempt, where they will traverse 14,600 kilometres along the coast of Australia in a Jaguar XF 2.2-litre diesel in just 24 days. [Read More]

Toyota today launched Toyota Access, which it says offers customers a more affordable and flexible way to buy a new motor vehicle. “Toyota Access guarantees that the resale value of your Toyota will never be less than the final payment, totally removing any risk of being out of pocket,” Mr Callachor said. [Read More]

The Corolla has been a hero car for Toyota, here and around the world, not in a high-performance, flashy sense but rather the epitome of solid, efficient and dependable Japanese practicality. [Read More]