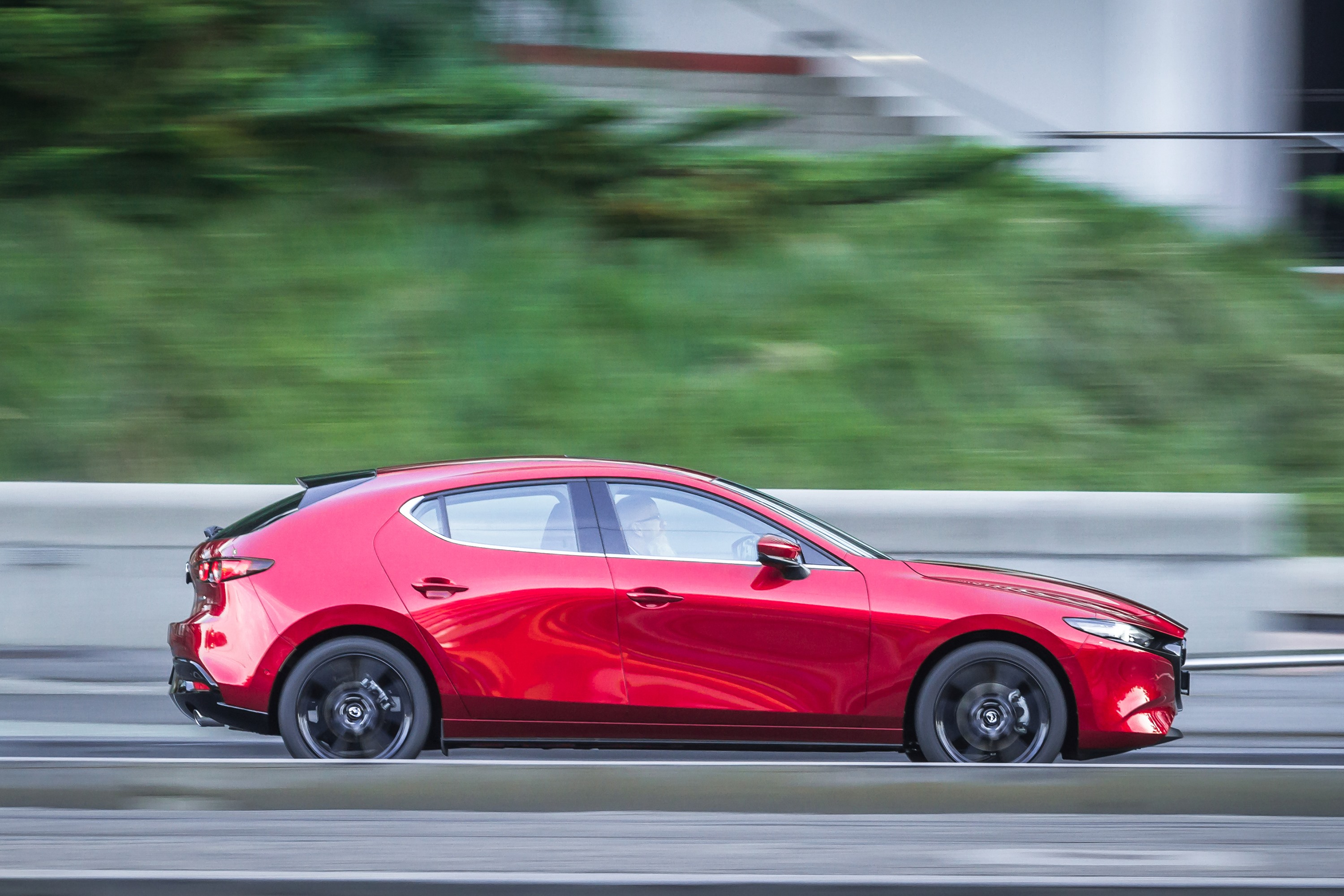 Over the years Mazda3 has been a solid pillar of the Mazda success in Australia, right from the late 70’s through to now. Rob Fraser takes the latest ‘3’ for a drive

Mazda has been a part of Australian families for over 40 years. My sister included who had an early model 323 and drove it for nearly 500,000 kilometres without a problem.

The latest ‘3’  is a long way from that early version. The current model is a sleek design in both sedan and hatch versions and has levels of comfort, ride and handling that are amongst the best in class.

Mazda interiors have always been sophisticated, competing with the best. The latest ‘3’ is no exception. It is a comfortable, quiet place for occupants and cocoons the driver.

One exceptionally important new feature is that Mazda owner’s manual is a function of the car. Something I have been asking about for years.

With a choice of two engines and transmissions and priced from just under $25,000 through to just under $38,000 the Mazda ‘3’ shines in a still important segment.

Mazda MX-5 (Miata) 30th Anniversary Edition sold out within nano-seconds of becoming available. There were only 3,000 MX 5 (Miata) 30th made and only of those for 30 in Australia. [Read More]

Mazda CX-3 has been a successful model for Mazda since its introduction in 2015. The CX-3 is the second best-selling vehicle in its segment and extremely popular with the Urban buyers. [Read More]

Mazda MX-5 transports you back to the 60’s British sports cars with their raspy engine notes, rear wheel drive, and a willing free-spinning engine. [Read More]