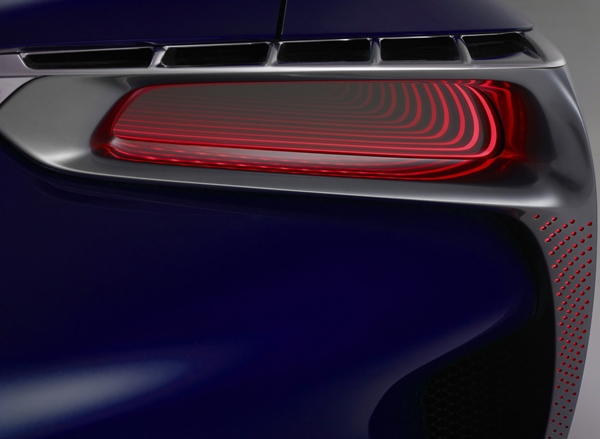 Lexus Australia will show a global first at the Australian International Motor Show this October with a hybrid coupe concept.

The 370+ kilowatt, all-wheel drive coupe will provide a glimpse into the future of supercars and their use of advanced materials.

Lexus’ stand will centre exclusively on the debut of the concept which also showcases Lexus design and engineering credentials.

The concept is a further development of a vehicle shown at the Detroit Auto Show earlier this year.

Lexus Chief Executive Tony Cramb said that the concept is sure to be a show stopper.

“We’ve pulled out all stops this year to secure a world first for Australia,” said Mr Cramb.

“The Lexus concept is an absolutely stunning vehicle and is set to be one of the drawcards of the show.

“The concept will highlight Lexus’ design and engineering expertise – marrying design with function to deliver a glimpse into the future of supercars,” he said.

“We are thrilled Lexus have chosen the Australian International Motor Show as the stage to unveil this new concept,” said Mr Tyrie.

Unique Australian prototype to be showcased at 2012 Motor Show

October 13, 2012 Pete Wilson News Comments Off on Unique Australian prototype to be showcased at 2012 Motor Show

Father-and-son, David and Jayson Woods have been building cars together for over 25 years, with their car on display at the 2012 Motor Show like no other vehicle. With inspiration from the smooth lines of the automobiles from the early-to-mid 1930’s, but with David and Jayson’s unique flair, skill and knowledge, this car is guaranteed to wow motoring enthusiasts and the general public alike. [Read More]

Touted as the most hard-core and advanced GT ever at its launch, the GT RSPEC Limited Edition Series, code-named Panther, will be a certain show-stopper with the Australian public when it makes an appearance at the Sydney Convention and Exhibition Centre in October [Read More]