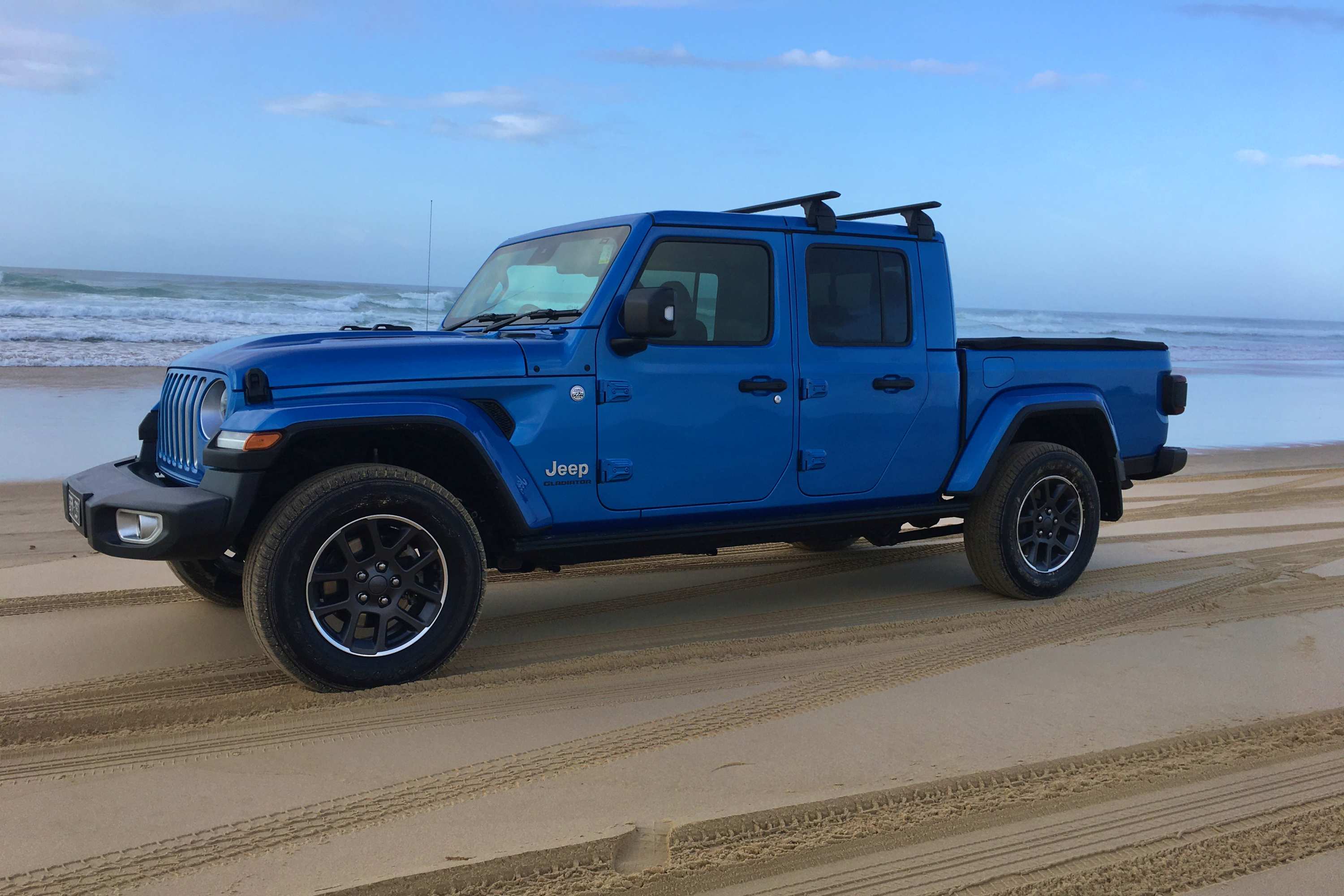 Jeep Gladiator, has there been a more anticipated vehicle for jeep enthusiasts than this dual cab Ute Jeep.

Launched in early May there are three models, a Launch edition, the Rubicon and the Overland, which we tested in a Hydro Blue, and is priced from $75,450 plus the usual add on costs.

It’s a big Ute at over 5.5m in length and nearly 3.5m in wheelbase. That sits between normal Utes like the Isuzu D-MAX and the RAM 1500.

Gladiator is powered by a 3.6L V6 Petrol engine with a bot over 200kw of power. It’s good to drive with a 8 sp automatic and  of course the Jeep Select trac 4WD System It also has better fuel economy than I expected.

Jeep have trail rated the Gladiator so you know its good off road.

Overland comes with a long list of safety, comfort and infotainment and connectivity features and is more luxurious than most Utes. Its one for the enthusiasts

Night Eagle is the base model Jeep Compass, so is FWD and sans much of the tasty tech goodies. Compass took 4 friends for a short road trip, and here is what they thought: [Read More]

Jeep Compass has been around in its new style since late in 2017 .  The Trail rated Trailhawk is the true 4WD version of the model line-up. Jeep doesn’t rate their vehicles unless they meet the requirements. So if it is Trail Rated you know it’s capable. [Read More]

Toyota HiLux SR5 – HiLux has for years been the most popular Ute in Australia, especially in the dual cab SR5 version we are driving this week. [Read More]