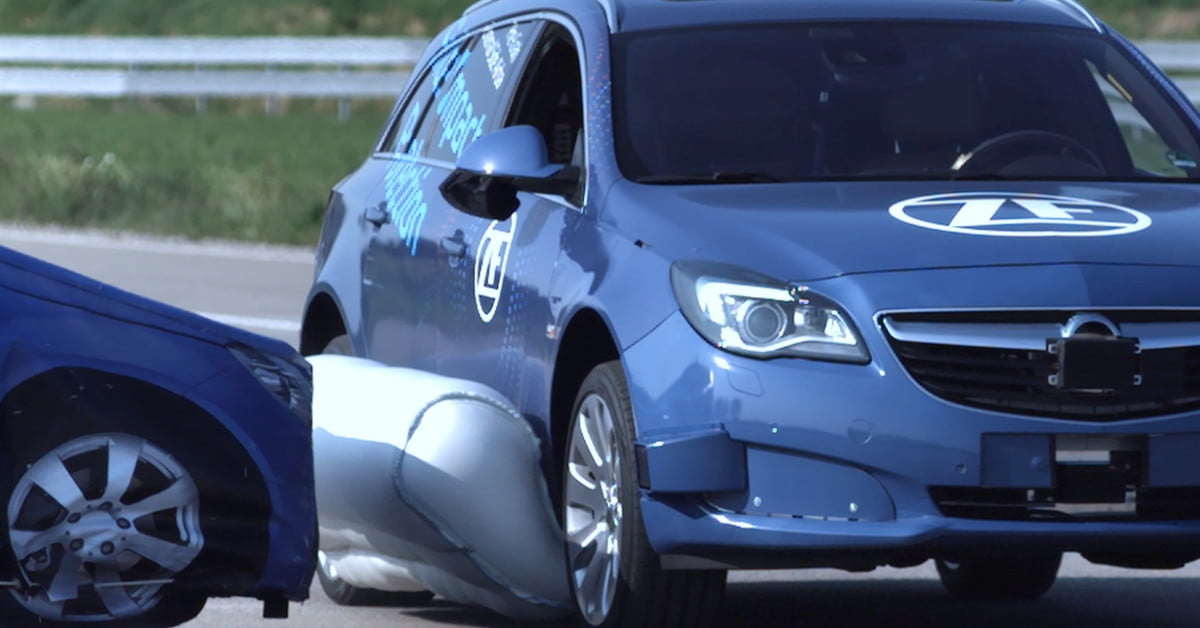 The story goes that when some managers were debating how to squeeze another lift into their building a cleaner asked “why not put it on the outside”.

The difficult with side impacts is that there is not a lot of room for devices that crumple or compress before something solid hits the vehicle occupant. The company said that an external airbag could reduce passenger injury severity by up to 40 percent.

There is no time line at this stage but ZF will offer the technology to car makers.

The Kia Rondo has set a new standard for people mover safety with a segment-leading five-star result in the latest round of Australian New Car Assessment Program testing. [Read More]

140 countries pledged to eliminate traffic deaths – The U.S. did not.

April 2, 2020 David Brown Motoring Minute Comments Off on 140 countries pledged to eliminate traffic deaths – The U.S. did not.

Each year 1.3 million people die around the world as a result of road accidents that’s 3,700 per day and the number of serious injuries is much higher.  David Brown says most world leaders are combining efforts to stop this happening. [Read More]

More and more cars now have AEB – automatic emergency braking (it is now an essential requirement to get a five-star crash rating in Australia). Some say they can detect pedestrians.  David Brown says it’s not that simple. [Read More]