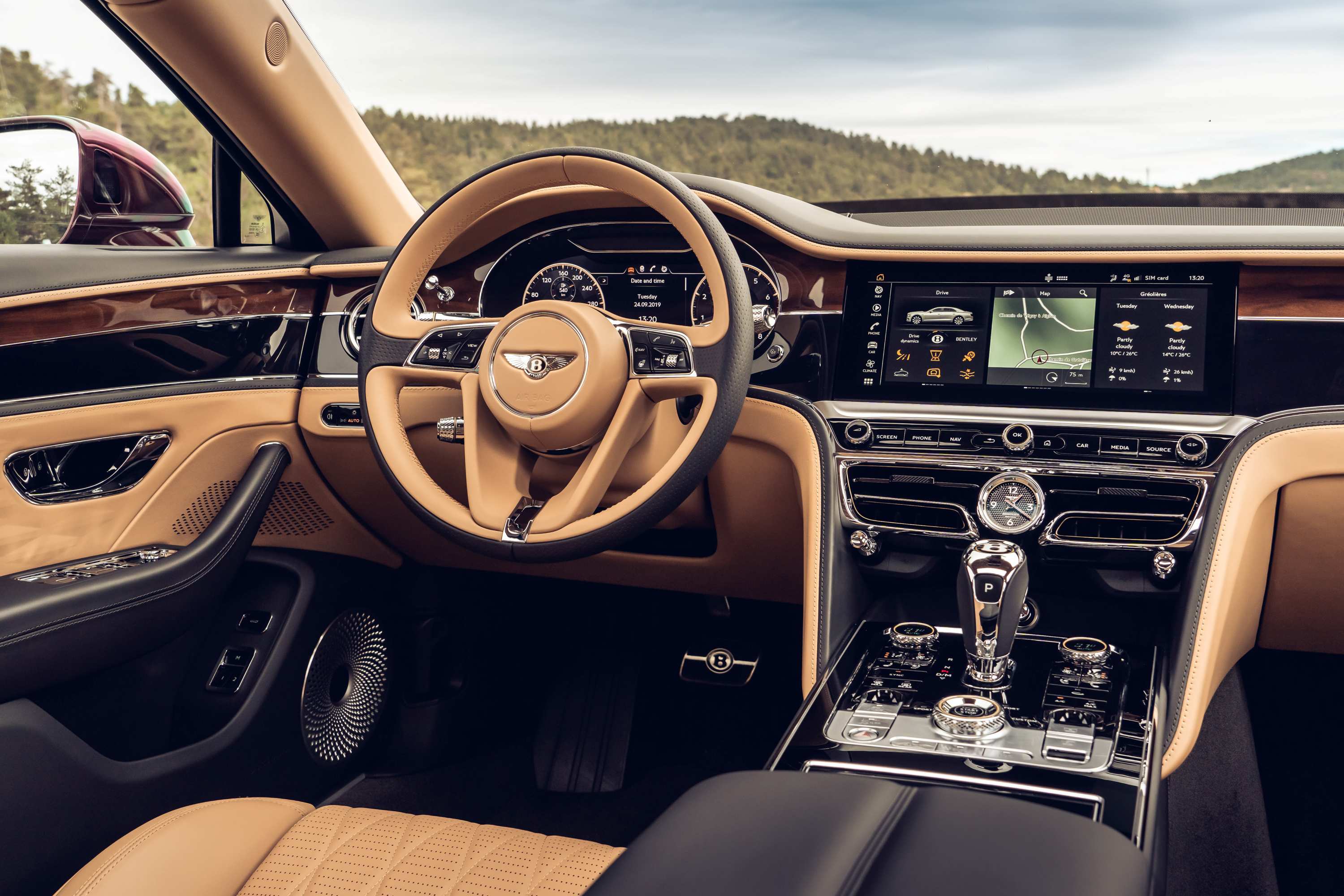 The Bentley Rotating Display, featured in the new Flying Spur as well as the Continental GT, is the modern, technically-focused interpretation of Bentley’s design philosophy 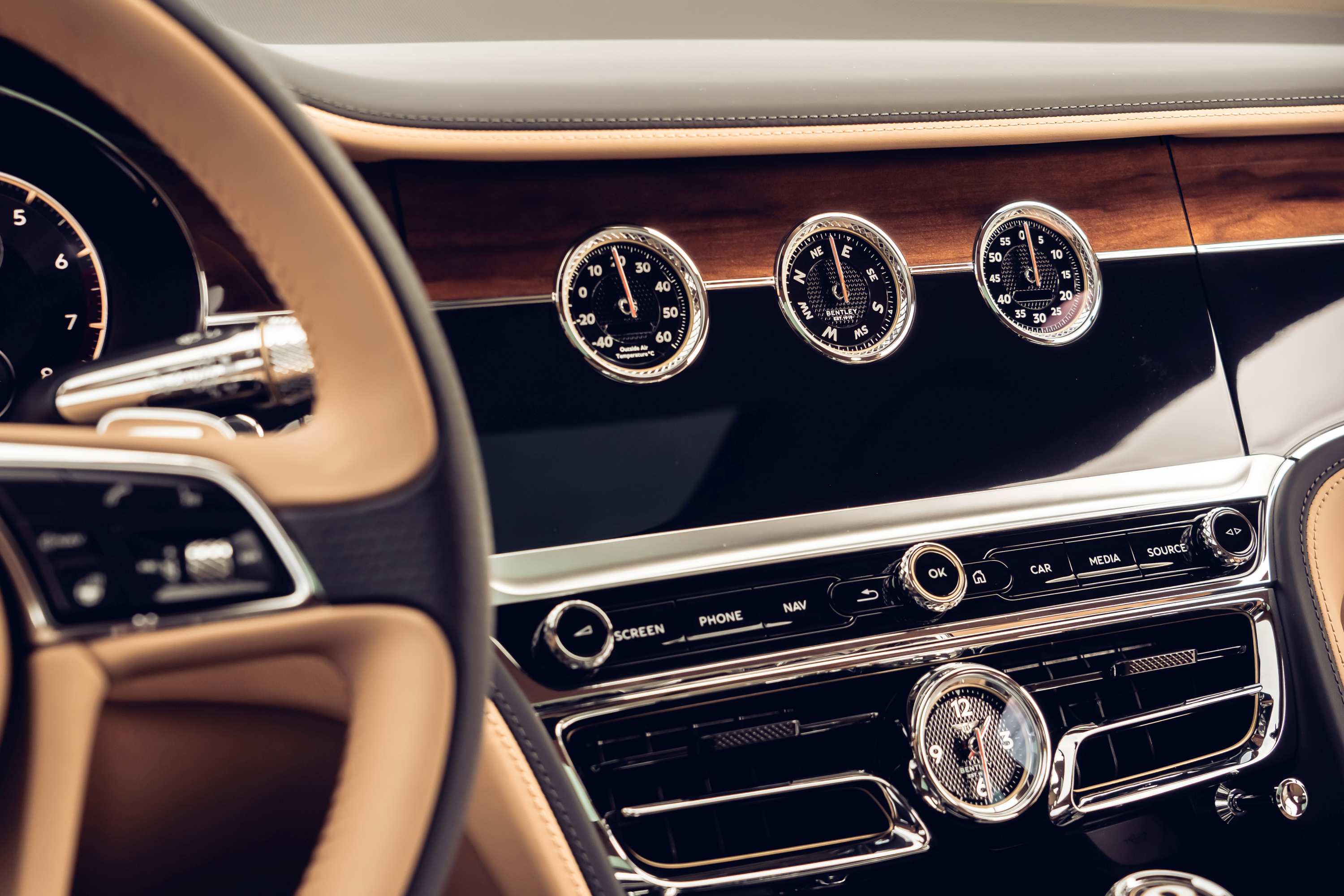 Bentley is revealing how the three-sided display, with over 150 parts and tolerances less than 0.5mm, was brought from concept to reality. Since launch the Bentley Rotating Display has been one of the most widely accepted options in the Bentley range, with approximately 70% of customer orders specifying the innovative system.

To deliver this feature a team of designers and engineers focused their attention to combine craftsmanship and cutting edge technology at the press of a button. The team created a unique centrepiece, providing customers the ability to choose between the main 12.3” infotainment touchscreen, a set of three analogue gauges (outside air temperature, a compass and a chronometer) or a book-matched piece of veneer, in a manner even James Bond – originally a Bentley driver – would be proud of.

The Bentley Rotating Display (BRD) took more than three years to develop from initial concept, with extensive testing undertaken to ensure the highest quality standard was consistently achieved. The feature is constructed from 153 individual components to form a three sided rotating display with an innovative mechanism. The patent pending feature allows alignment of each face to a +/-0.3mm tolerance. 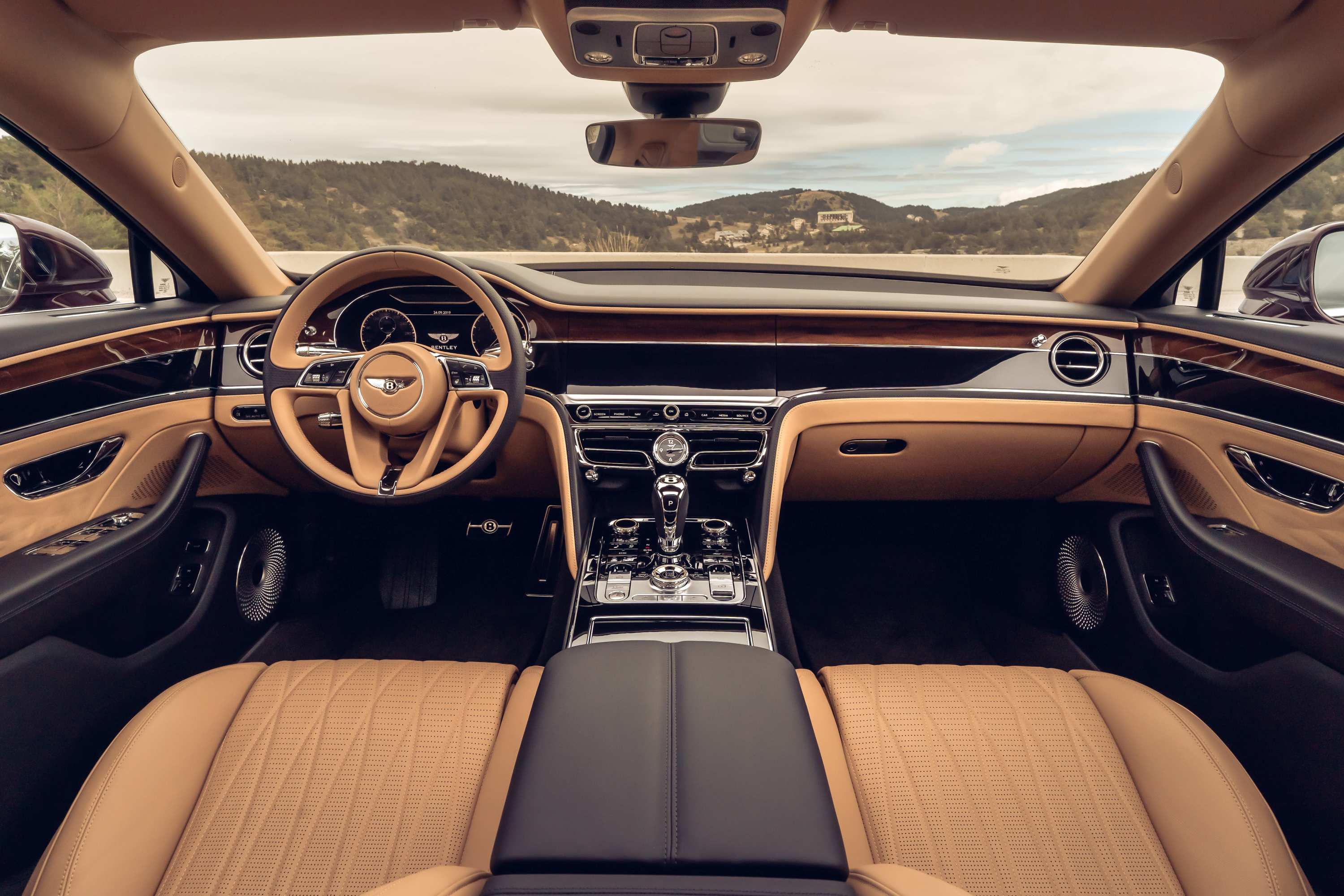 Bentley’s Interior Technical Manager, Dave Rook, who was responsible for the refinement and engineering of the BRD comments:

“Not only will this feature be a talking piece in the future, but the veneer fascias will also appear timeless when customers and collectors proudly display their vehicle at Pebble Beach or Villa d’Este 50 years from now.” 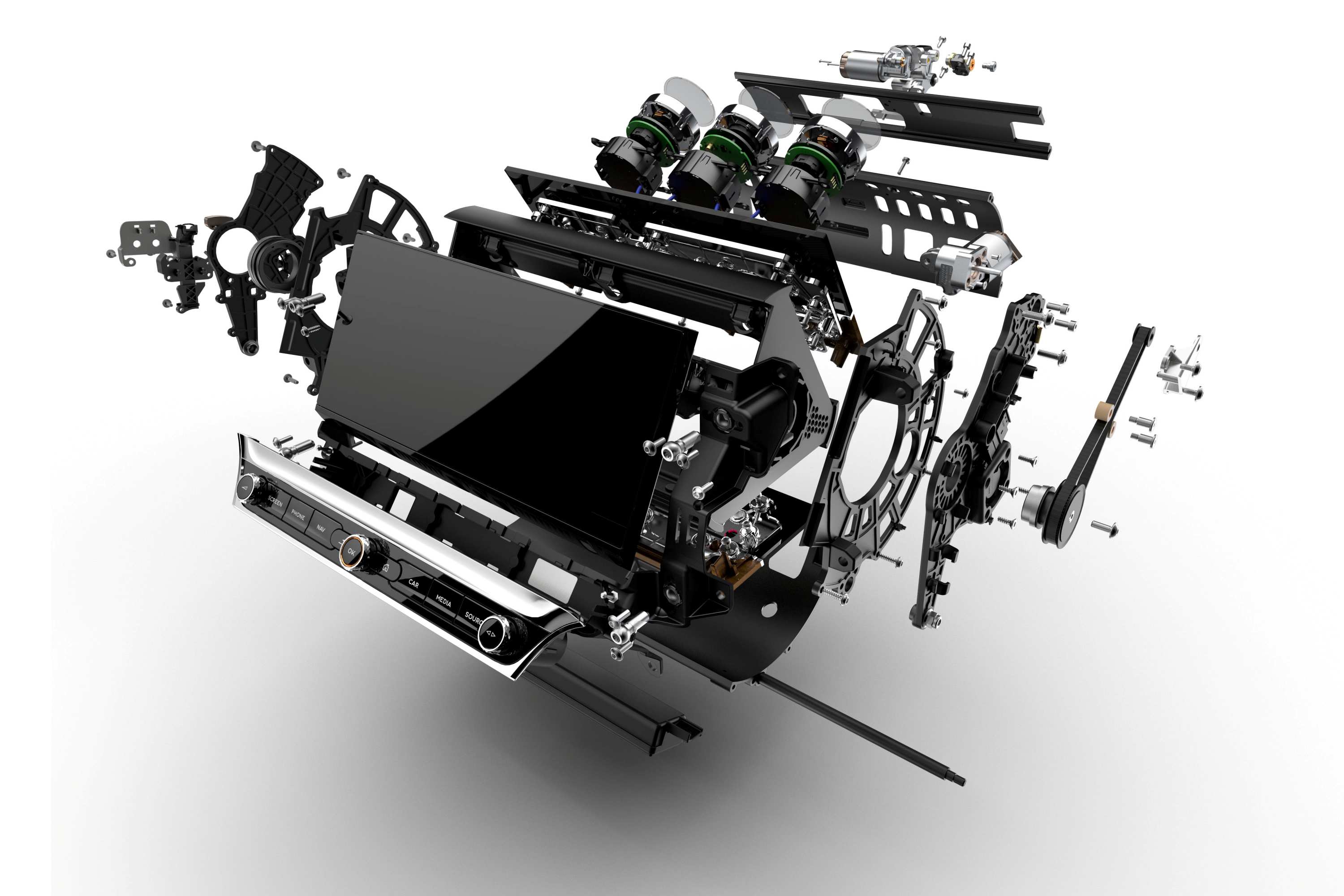 To provide the rotation whilst maintaining extremely tight clearances (less than 0.5 mm for each of the sides), three separate but linked motions are required. The first motion retracts the unit in to the dashboard to provide clearance for the second stage – rotation – before the unit motors forward back in to position.

To maintain tolerances, the drive system is self-teaching – the controlling ECU not only learns the mechanism’s physical extents in all deployment positions but also uses intelligent speed control to vary the speed of the motors to adjust for variances in mechanical friction and the impact of battery voltages.

Within the mechanism there are a pair of independent fans which aid to keep the main touchscreen screen cool in all climates, up to ambient temperatures of 50°C.  The ECU allows the rotation speed and position refinement to be constantly managed to ensure constant quality performance no matter the climate the vehicle is operating in.

As a legal requirement the image from the reversing camera needs to be displayed within two seconds of reverse gear being selected. This proved one of the largest challenges for the engineering team, and required significant development of the communication signals from the gearbox to the BRD mechanism to ensure the image is displayed on the infotainment screen within the necessary timescale.

The main infotainment display is a 12.3” high-resolution touchscreen, with a user interface designed to be akin to a modern mobile phone. Menus are structured to be instantly intuitive. The system features a configurable home screen containing three windows which can display the driver’s preferred functions (navigation, media and telephone, for example). Menus pop up automatically as the user approaches the screen through the use of an in-built proximity sensor.

The BRD has also been designed to provide the customer an opportunity to personalise the feature with a choice of eight veneers in a single or dual finish. The veneered panels offers a classic and elegant alternative to the 12.3” touchscreen; showcasing the beautiful jewel-like crowned analogue gauges or the hand-crafted veneer panel for an uninterrupted flow of wood, right across the fascia.

My top five cars in my garage Radio Review

I’m often asked what five cars would I have in my garage. [Read More]

Bentley has created a carefully curated selection of exquisite materials for the EXP 100 GT concept car. The collaborations, many of which also help protect the tradition of British craftsmanship, put sustainable innovation to the forefront. [Read More]