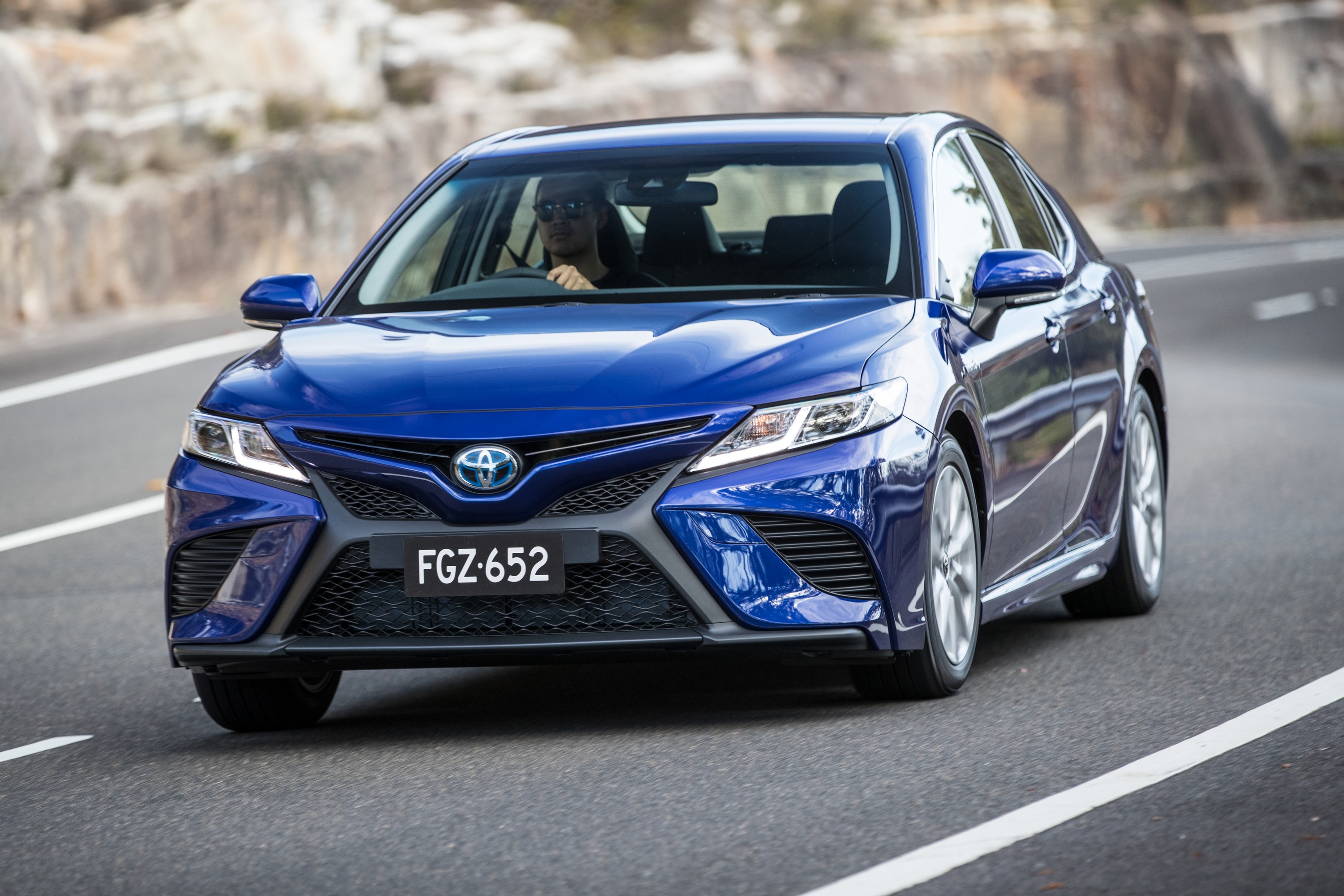 Regular readers of my diatribes will know of my indifference towards electric and Hybrid vehicles.

Passing fads I said, no better than good diesels I said, can’t understand why someone would pay more for them I said. There have been more unflattering appraisals as well.

Well after driving the latest model Camry Hybrid Ascent Sport I have come to the conclusion I was wro….

Ok let’s try that again… I was wro….. wron…. Wron…. Oh dam –  I might not have been quite correct in my assessments.

I picked up the Camry Hybrid in Sydney and the distance to empty (DTE) said that I had 680km to go. I thought ok that’s good. By the time I had arrived at my place in the North West suburbs the DTE said 720km to go plus the 50 km I had just travelled. Well there are motorways on the way for most of the trip, so that would be expected I thought. 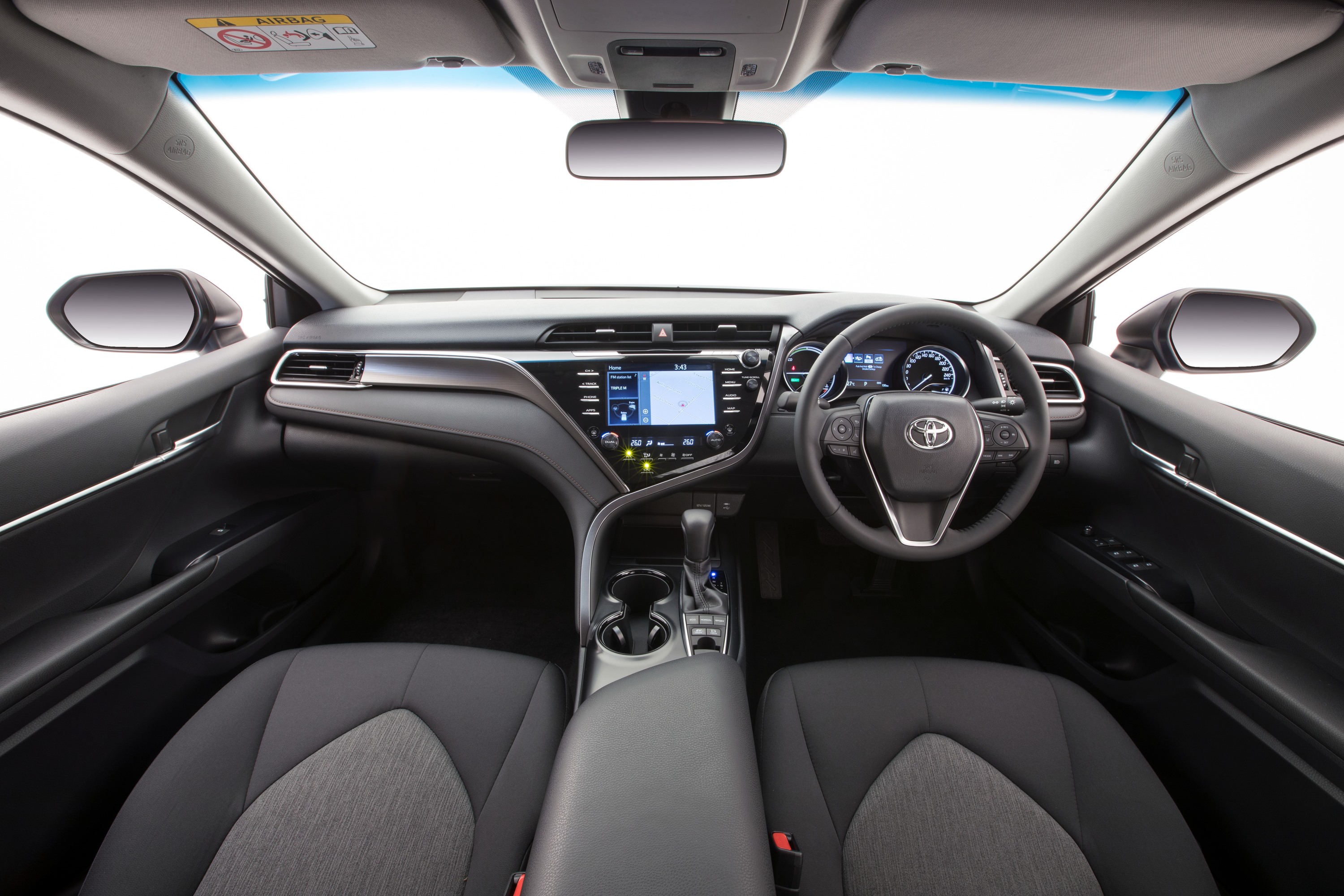 I packed up and headed north towards Nelson Bay without another thought. I checked again at the twin servos halfway up the M1 motorway and the total distance, which was DTE and distance travelled was now 830km. I checked the economy rate and it said I was using 4.5l/100km. My growing realisation that the Hybrid is good

It was at this stage that I was starting to reassess my thinking. I was driving the Camry normally, not doing anything special and the economy was great. I also started to think about an electric vehicle. By this time I would start to be having concerns about range and whether I would make the last 100km or so home. No such thoughts with the Camry.

Over the next few days I started to watch the graphic on the MFD which showed when the car was driving on EV power and when it was charging and using petrol. It became slightly obsessive to see if I could manipulate it to my driving style.

Throughout the week the total distance from the tank of fuel kept growing. At around 550km travelled and the DTE said I still had 350km to go and the fuel gauge was still only half empty I started to tap the gauge to see if it was working properly.

When the total distance climbed over 950km from a tank of fuel I was sold. I maintained normal driving style, apart from some playing with the coasting occasionally to see if I could get the charge to 100% or drive on EV at 80 km/h (you can).

It plateaued out around 980km from a tank, but I believe with some longer trips added I could have topped the magic 1000km mark.

There are still question marks over the use of limited lithium resources, the longevity if the batteries and the cost of replacing them and the question of what is the future fuel for transport, but for the time being the Hybrid has come a long way.

So here are my thoughts about why the Camry Hybrid is so good. 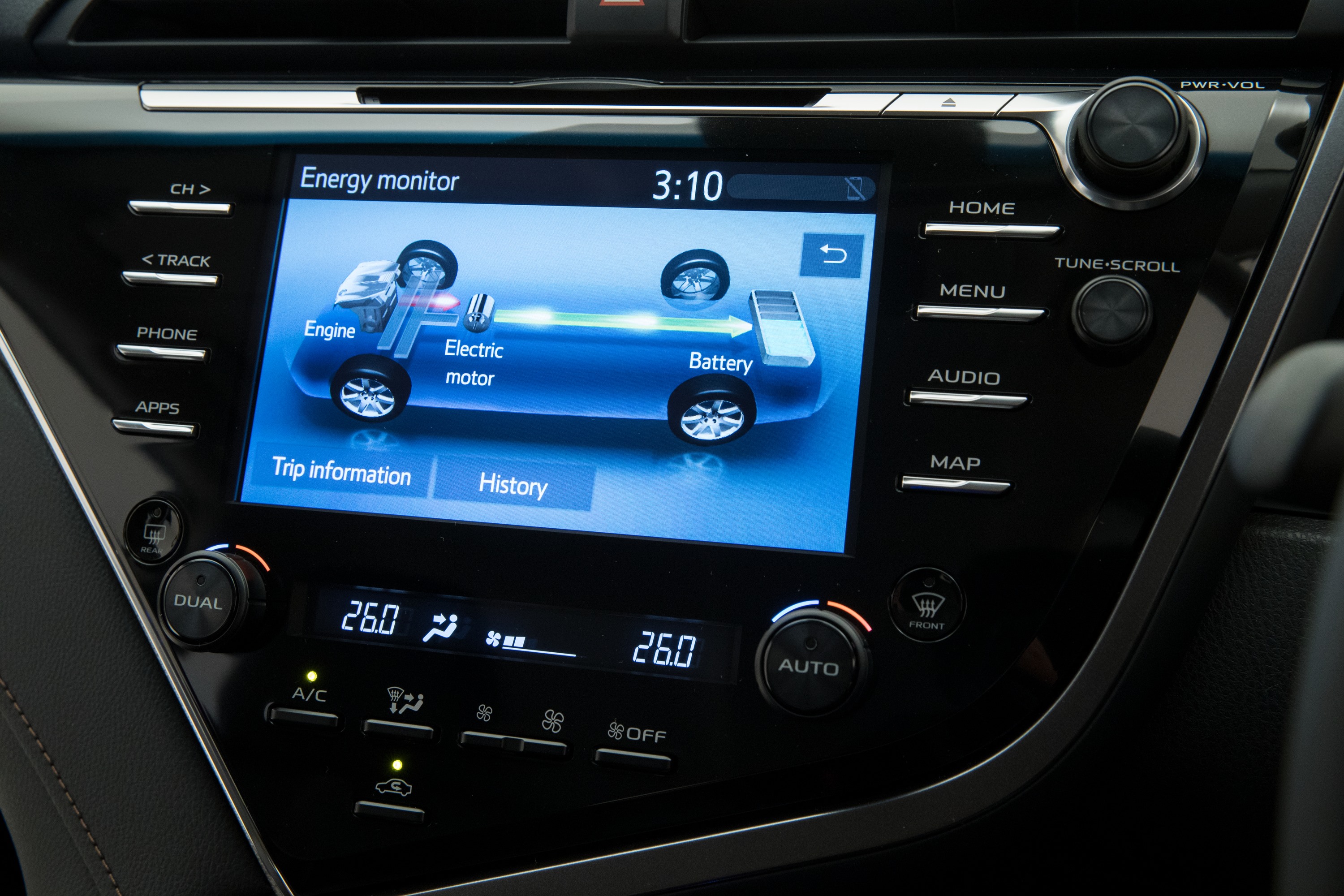 Camry’s new engines, transmissions and chassis developments are all representative technologies that have evolved through TNGA.

The new hybrid system offers enhanced handling and driving performance as well as outstanding fuel efficiency – 4.5 litres/100km on the SL and 4.2 litres on the other grades, improvements of between 13.5 and more than 19 per cent^.

At its core is a new 2.5-litre, four-cylinder Dynamic Force Engine, which offers 11 per cent more power and four per cent more torque with thermal efficiency among the best engines in the world.

Energy loss has been reduced by approximately 20 per cent thanks to efficiency improvements, notably in the engine, PCU and transaxle. 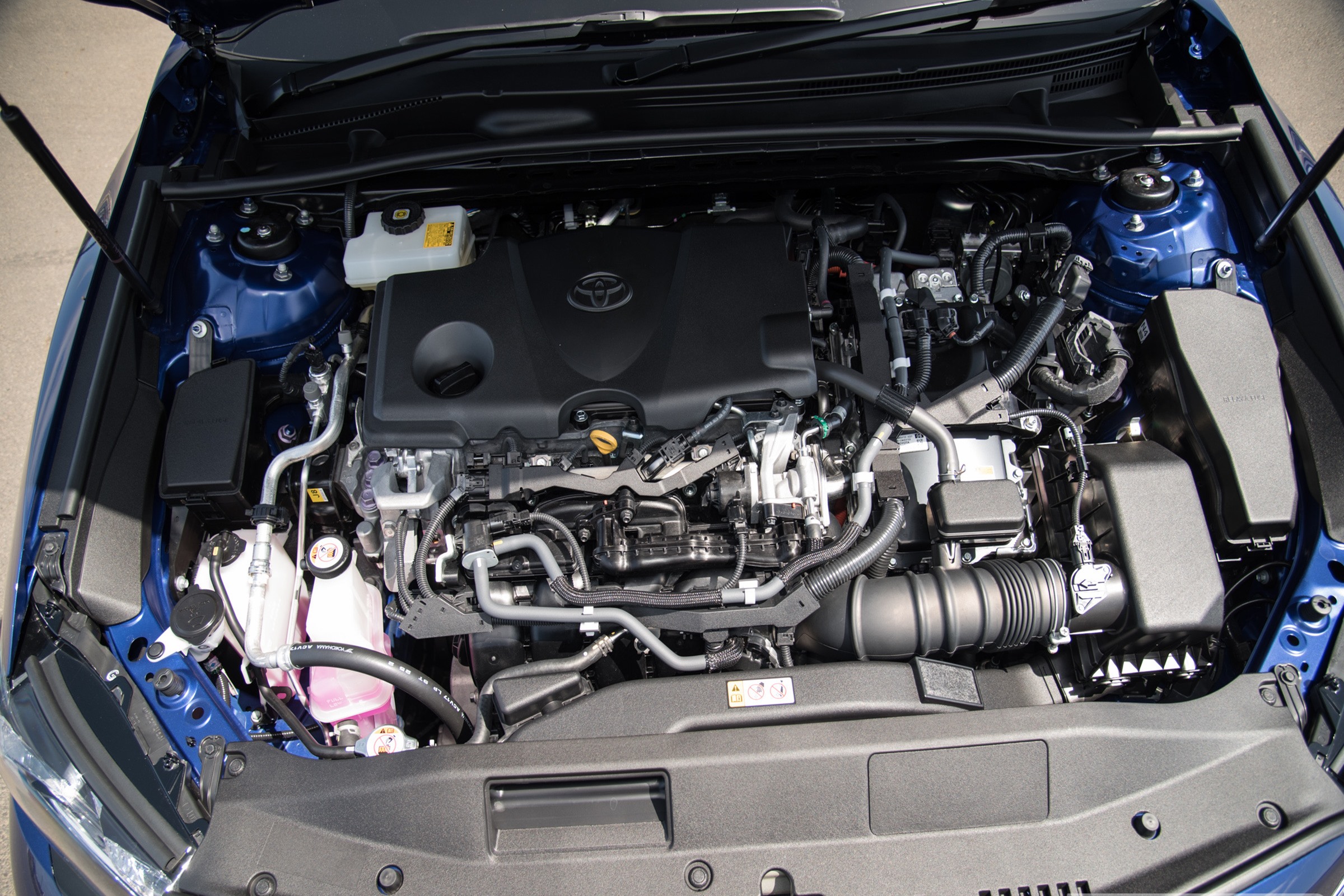 To enhance the sporty driving experience, the CVT gives the driver access to six quick-shifting ratios for manual-like gear changes using paddle shifters on the SL or with the console-mounted shift lever.

TNGA packaging has allowed the nickel-metal hydride battery to be moved from the boot area to under the rear seat, improving boot space and positioning battery weight lower in the car.

A lighter and more compact power control unit now sits directly above the transaxle, lowering the vehicle’s centre of mass and enabling a lower bonnet.

I picked up the Camry Hybrid in Sydney and the distance to empty (DTE) said that I had 680km to go. I thought ok that’s good. By the time I had arrived at my place in the North West suburbs the DTE said 720km to go plus the 50 km I had just travelled.

Toyota introduces yet another SUV, the question is Why? Toyota Yaris Cross is based in the small urban hatchback and takes advantage of the increasing trend towards SUVs. [Read More]